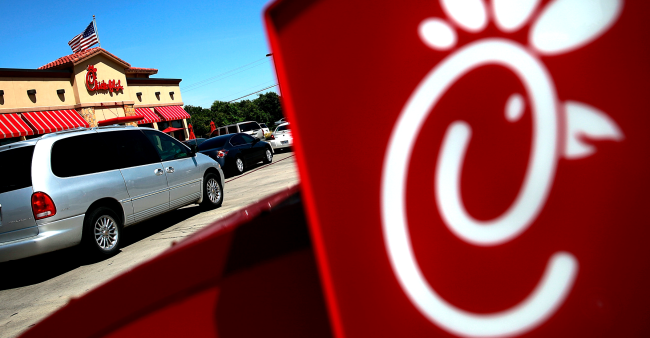 One of the best things about TikTok, other than stellar medical advice, are all the fast food employees sharing behind the scenes stuff, including some of the best food hacks and secret menu items you can order.

This week we have a new TikTok video that has gone viral in which a Chick-fil-a employee reveals what she believes are the “best secret items to order” at the fast food establishment.

Back in April, we learned a few items you can get at a Chick-fil-a that aren’t on the menu, but thanks to the many people who commented it was not nearly as extensive as TikToker @promisehorne’s video.

Among the secret menu items she says you can order at Chick-fil-a are a spicy biscuit, mac-n-cheese with bacon, and frosted coffee with Oreo pieces.

She added in the comments that to order a spicy biscuit, you “ask for a spicy filet and buttered biscuit and ask them to put the filet on the biscuit!! So good w strawberry jellyyyy.”

Related: TikToker Goes Viral Revealing How She Was Able To Get A Exclusive Chick-Fil-A Black Card

A nice start, to be sure, but it was in the comments where things really went off the rails when it comes to secret menu items.

Items that people, including several former Chick-fil-a employees said they love that aren’t on the menu include…

Fair warning though. As she added in the comments, “only the best locations will hook u up.”

Anyone jonesing for a trip to a Chick-fil-a right about now?