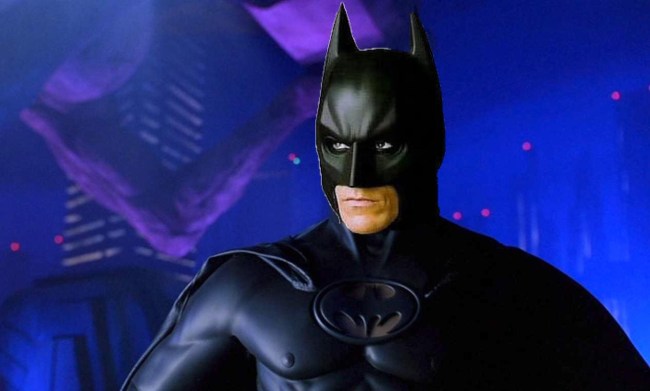 I’m not exactly sure how this one has slipped through the crack of my pop-cultural radar all these years. While I’m vaguely sure I’ve seen these videos of Christian Bale screen-testing as the Dark Knight once or twice before, I certainly never realized that he’s wearing Val Kilmer’s suit from Batman Forever in the Batman Begins screen test. And let me tell ya, what an absolute fucking acid trip it is.

It’s also quite hilarious to see where Bale’s “Batman Voice” began and where it ultimately wound up. Prior to Batman Begins, Bale seemed committed to sounding relatively normal. When the film was actually shot, he added a little bit of gruffness here and there. Then, in The Dark Knight, he took it up to another level, essentially growling through all of his lines. Finally, in The Dark Knight Rises, Bale completely jumps the shark and goes wayyy too far in the wrong direction, turning the “Batman Voice” into something of a meme.

One has to wonder how it even got to that point: did director Christopher Nolan not realize how ridiculous Bale sounded? Or did he realize in post-production and just accept that it was too late to change things? OR, did he notice while they were filming but we simply too intimidated by Bale to say anything? My gut tells me Option C.

RELATED: Ranking All The Joker Scenes In ‘The Dark Knight’