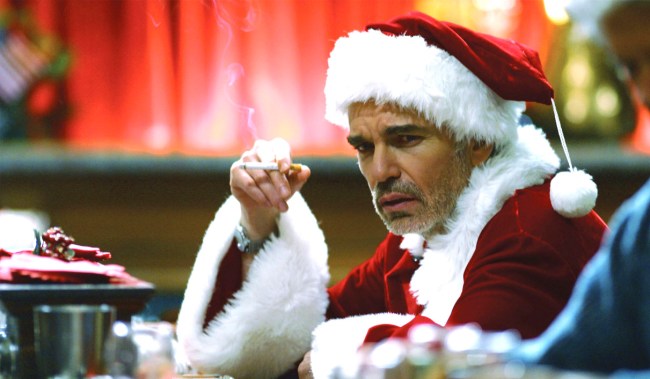 Before we get into this, let’s just try to avoid arguing about what qualifies as a Christmas movie, okay? There will never, ever be a consensus on that.

With that out of the way, on to the study about which Christmas movie is most popular in your state. That, you are more than welcome to argue about once you are through reading.

The study, conducted by pro-consumer website Comparitech.com, was created by using the top 50 films on IMDb’s list of Christmas movies that are most popular among IMDb users at present, they then searched each film individually on Google Trends to find which state scored the highest. If any state came up twice, they used the film that ranked higher on Google Trends. If a state didn’t appear top for any of the movies, they searched through all of the 50 films to see which was most popular in the state according to Google Trends.

All the usual suspects are here: Home Alone – number one in the most states, Elf, The Polar Express, Miracle on 34th Street, It’s a Wonderful Life…

However, there were more than a few surprises making the list, including Edward Scissorhands, Rent, Prancer, and, of course, Die Hard.

As you can see below, while there is no clear preference for classic Christmas movies vs. new ones, I think the one thing we all can agree on is that South Dakota is the only state to get it right. 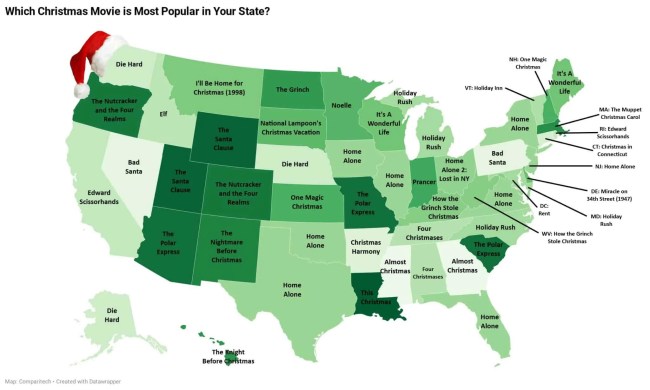