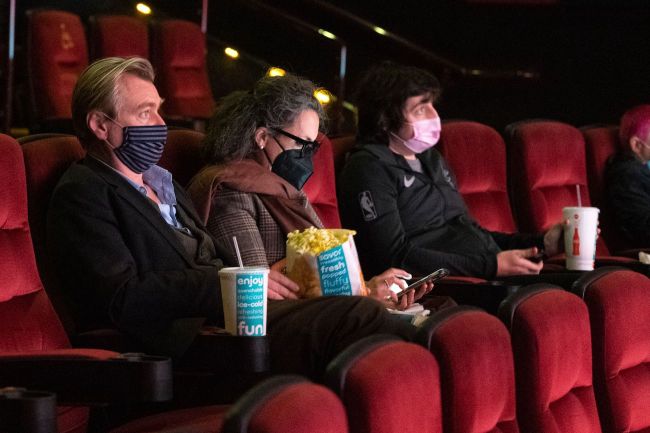 Christopher Nolan and I have been beefing for about six months now. Ever since the release of Tenet, really. Not only did I disagree with the decision to release the film in theaters — a decision I believe was solely inspired by Nolan’s desire to single-handily “save” movie theaters — but I didn’t think it was all that great (to be fair, I do want to see it again, as I can guarantee I’ll enjoy it more the second time around now that I have a previously installed, vague understanding of the plot). Then, of course, there was his whole temper tantrum about Warner Bros. releasing their 2021 movies on HBO Max, which he arbitrarily dubbed as “the worst” streaming service.

It’s important to note that, despite our recent battle, I wholly admire Christopher Nolan. The dude has literally made my second favorite movie of all-time, The Dark Knight. I’ve rewatched the movies in his catalog likely upwards of 100 times. Outside of the likes of Martin Scorsese or Quentin Tarantino or Steven Spielberg, Nolan is one of the few directors in Hollywood who’s given a blank check to make whatever the hell movie he wants, and he’s earned that right, as the man is arguably the definitive blockbuster filmmaker of the last 20 years.

And as much as I might enjoy busting his pompous balls, though, Nolan is quite obviously a decent, thoughtful man — a man who simply loves movies. And as a guy who’s made his career off of writing about movies, of course, I respect him for that, just as I respect him putting his money where his mouth is and showing up to a Burbank theater on Monday (the first day they were allowed to reopen in California) to catch a screening of Judas and the Black Messiah with the movie-going public.

Christopher Nolan catches a screening of ‘Judas and the Black Messiah’ in Burbank, CA, on the first day movie theaters were allowed to reopen 🎥🍿 pic.twitter.com/HgfKUAk1FP

There goes Ole Chrissy Noles: he’s just a man of the people.