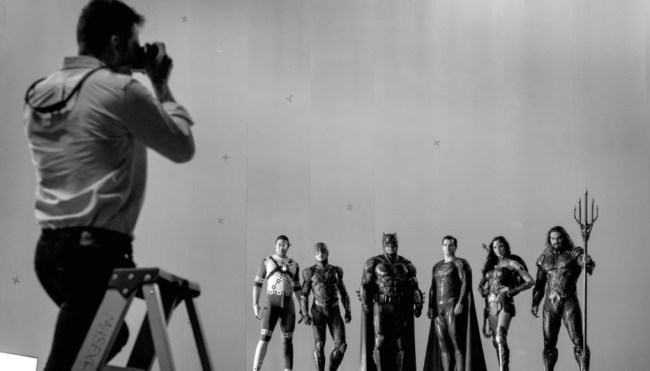 So, Vanity Fair released an in-depth look at the making of Zack Snyder’s Justice League today and it’s an absolutely fascinating look into how Warner Bros. turned what should’ve been an epic culmination of comic book storytelling into a Frankenstein film that inspired a years-spaning online fan movement.

Of all the astounding tidbits in the piece — for example, it cost Warner Bros. around $70M to undo what Joss Whedon did to ‘Justice League’ — the most enthralling has to be the reaction of legendary filmmaker Christopher Nolan upon seeing the 2017 theatrical cut.

It cost Warner Bros. $70M to undo what Joss Whedon did to 'Justice League' 💩💰

After screening Whedon's version of the film, Christopher Nolan told Zack Snyder: "You can never see that movie."

After their private screening of the Whedon cut, Nolan and Deborah Snyder emerged into the light with a shared mission. “They came and they just said, ‘You can never see that movie,’” Zack Snyder says during lunch at his Pasadena office, a modernist series of cubes jutting from a hillside that overlooks the Rose Bowl.

“Because I knew it would break his heart,” his wife adds. [via Vanity Fair]

Just imagine that: Christopher Nolan, one of the world’s premier directors, sitting through two-hours of Justice League and walking away absolutely disgusted, just like the rest of us. This is the man who made The Dark Knight, perhaps the greatest superhero film of all-time, and yet there he was, white-knuckling his way through Henry Cavill’s CGI mouth and Cyborg’s quip about his toes hurting, wondering how he’s going to let his friend Zack Snyder down easy. Christopher Nolan, man: genius cinematic mind but also a good friend.