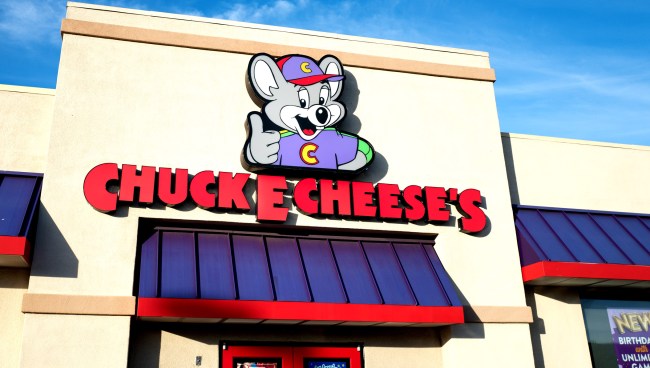 Chuck E. Cheese, the restaurant franchise that may or may not have been guilty of reselling uneaten slices of pizza all these years, declared bankruptcy in June, putting an end to an era where creepy musical animatronic rodents and operating an establishment that’s basically just a casino for children is considered a good business model.

The ongoing global pandemic proved to be just too much for the franchise to handle, what with no one wanting to have their kids crawling around in tunnels and ball pits infested with a deadly virus. Oh, and the fact that the company was already nearly $1 billion in debt when the pandemic hit. That too.

Which means there is a whole lot of Chuck E. Cheese paraphernalia that has to now be dealt with as bankruptcy proceedings continue like, say, 7 billion prize tickets emblazoned with the image of the company’s rat mascot.

On Monday, in U.S. Bankruptcy Court for the Southern District of Texas, the 612 location restaurant chain filed an emergency motion asking the court for permission to spend $2.3 million to purchase and then destroy the 7 billion prize tickets.

Those 7 billion tickets are, according to the filing, worth around $9 million in prizes. That… is a lot of plastic spider rings and tiny erasers that don’t actually erase anything.

Little known fact: the Chuck E. Cheese franchise was started by one of the founders of Atari, Nolan Bushnell.

It's enough paper to fill 65 shipping containers, each 40 feet long, with tiny pieces of paper emblazoned with the image of the chain's mascot, a rat named Chuck.

And enough to cash in for $9 million in Chuck E. Cheese prizes. https://t.co/86jnS9avEM

The reason CEC Entertainment, Chuck E. Cheese’s parent company, wants to buy those 7 billion prize tickets and destroy comes down to a matter of simple economics.

They can either pay $2.3 million to destroy them, or risk having to shell out $9 million in Chuck E. Cheese prizes should the supplier abandon them and and they end up in the hands of the few potential customers the company still has.

“Since prize tickets are redeemable by guests at significantly higher value than the cost of prize tickets, the debtors instead need to arrange for the destruction of the remaining stock of prize tickets in the supply chain to mitigate any risk of these tickets being circulated to the general public,” said James A. Howell, CEC’s chief financial officer.

Bankruptcy Court Judge Marvin Isgur is expected to rule on the motion sometime next week.

Petition to use Chuck E. Cheese tickets like bitcoin https://t.co/5eQTI0IF4e