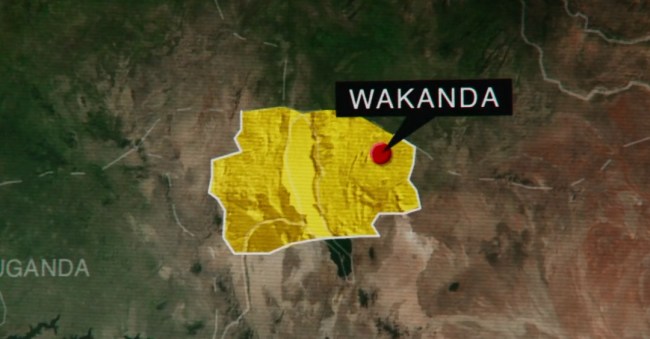 At times in the past we have openly questioned the value of a college education in today’s world. That’s because (a) it is very, very expensive and (b) there are several decent jobs out there that do not actually require a college degree.

However, when a story like the one you are about to read and watch occurs, it is then that we realize that going to college, regardless of cost, can sometimes be utterly priceless.

I mean, where else can a young man give a presentation to his International Marketing class on the power struggles of African nation Wakanda and have his professor be totally clueless that it is a completely made-up country from a comic book?

Nowhere, I tell you, nowhere else is this possible.

Reddit user AlexyShved1, who pulled of this little prank, said that later on, after the presentation, his professor told him she had Googled Wakanda and asked him about it.

“I just told her that the entire class was in on the joke and she thought it was funny,” he wrote.

“Basically she [was] super curious and believed it the entire time up until the part where the guy in the back told her it was a tragedy that she hadn’t heard of it. At that point, she didn’t want to believe it but I kept going on and she didn’t think I would’ve put so much effort into a fake country. She was skeptical at parts, but really just kept believing it.

“She’s also the type of person who only watches tennis on TV so she had no clue what Black Panther was until we told her about the movie shortly afterwards.”

As for how he was able to give this presentation in the first place, he wrote, “It’s a class on International Marketing. I mentioned Wakanda the day before jokingly and she questioned it, so I offered to do a presentation about the country and their power struggle. She was incredibly excited to learn about a country she had never heard of so I gave this.”

(1) His professor seems kind of cool to take this so well, and (2) she really needs to get out more. Perhaps she can take a trip there someday. It sounds great!

Check out his entire glorious presentation below.