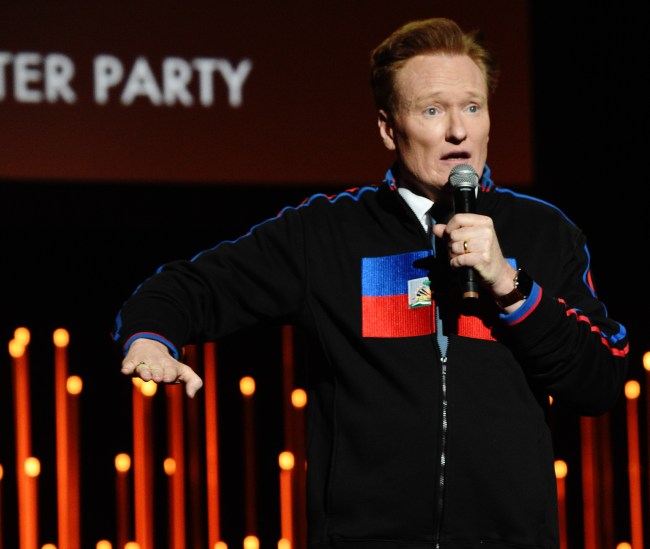 Conan announced today that his eponymously-named TBS show will come to an end in June. After 28 years running in the late night TV world, he’s moving on:

The announcement marks an end to an eleven-year run for O’Brien on the cable network. His travel specials, “Conan Without Borders,” will continue to air on TBS going forward. In addition, O’Brien has signed a deal with HBO Max for a new weekly variety series, though no premiere date has been set for that series.

It’s not goodbye, obviously. Conan will be picking up with a new show on HBO Max, just as Letterman hopped over to Netflix and is now hosting the much-celebrated “My Next Guest Needs No Introduction” series. It appears that many of the major late-night talents are shifting to streaming services, which isn’t surprising. Especially for Conan, who was on the receiving end of one of the worst screw jobs in television history when NBC took the Tonight Show away from him and gave it back to Jay Leno.

For those too young to remember, Conan was the next guy. Leno was hosting the Tonight Show, Conan came on after to do late night, and everyone knew he was in the batter’s box. He was being groomed and in the years leading up to the transition, Conan was better than Leno. Finally, his time came, he took the role, Leno felt FOMO, threw a tantrum and demanded his show back, and NBC acquiesced. This led to a short period of time where Conan was still the host but knew he was being kicked to the curb, and those were some of the best episodes I’ve ever seen.

Nothing like serving delicious, petty vengeance to the network that is contractually-obligated to air it.

I’ve always loved Conan. Red-headed comedian from Harvard? Yeah… he’s a role model for sure. I was a bit too young to understand the bureaucracy the the Tonight Show snafu, but looking back, my heart still breaks for the guy. He should be the host of the Tonight Show right now. I’m sure at this point, he’s at peace with it all. He’s found tremendous success with his digital work and his podcast, and this new jump to HBO Max feels like a step from the outdated world of cable TV into the streaming landscape of tomorrow.

Still, I hope that a new audience finds him. Conan is a treasure. Best of luck in the next chapter!