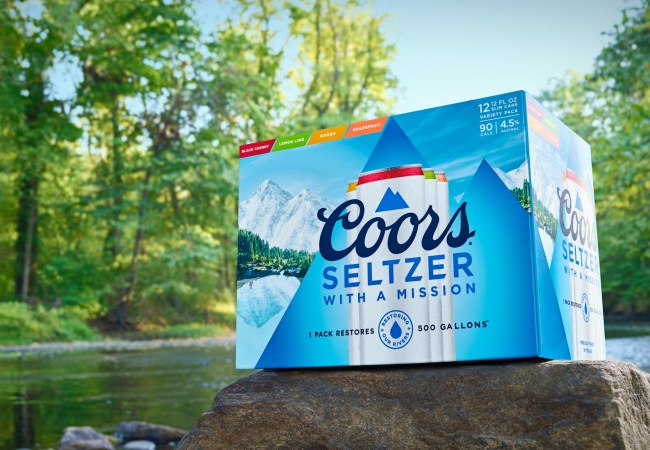 Some people say the hard seltzer category is overcrowded. It most certainly is – Every beer brand on the planet has a hard seltzer these days, from Bud Light Platinum to Costco’s Kirkland Signature.

That’s why I have to give Coors credit where credit is due: When they formally announced their new Coors hard seltzer product, they didn’t just hire some celebrity spokesperson for a football commercial  – they used the opportunity to lean heavily into conservation with some old fashion corporate altruism.

Coors Seltzer comes with a mission to “restore America’s rivers,” which is great news considering that (a. freshwater rivers are the lifeblood of our planet and (b. there are all sorts of water pollution-related ecological disasters across the United States right now.

According to the company, every 12-pack of Coors Seltzer comes with a pledge from Molson Coors to restore 500 gallons of water, with an overall commitment to restoring “at least one billion gallons by the end of 2021 through its partnership with Change the Course.”

Anyone who cares about fishing, tubing, or just plain old having fresh drinking water instead of drinking water marred by agricultural / industrial waste can appreciate the effort to use this seltzer for good.

Also: Coors is doing a free seltzer giveaway to promote the launch, giving away 175,000 12-packs nationwide. It comes with a pledge to encourage fans 21 and up to volunteer for a chance to win free Coors Seltzer for a year (in the form of $500), along with a $1,000 donation that will be made to one of Coors Seltzer’s river conservation partners based on the winner’s choice from an identified list.

Oh, and the flavors!

Coors Seltzer comes in Black Cherry, Mango, Grapefruit and Lemon Lime. Each can contains 90 calories, is gluten free and contains 4.5% alcohol by volume.

Cheers to a seltzer with a mission. 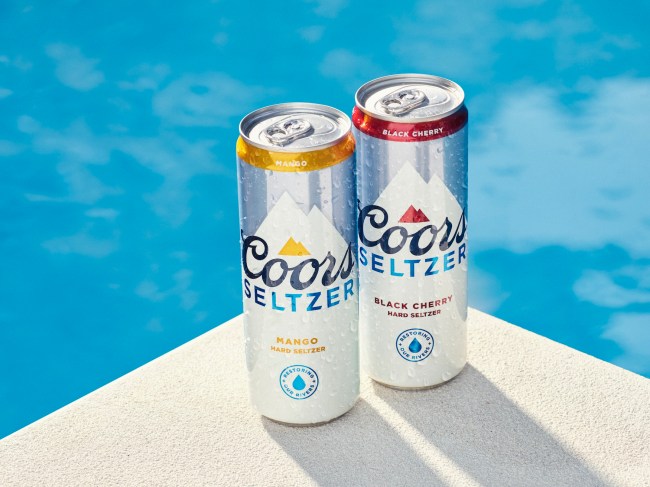