‘COPS’ Back In Production, Resumes Filming in Washington State, But Won’t Air In The U.S. 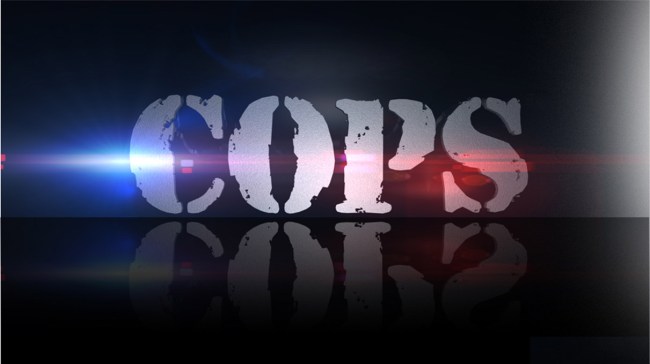 Bad boys, bad boys, whatcha gonna do, whatcha gonna do when they come for you? If they are in Spokane County, Washington they will be getting filmed for new episodes of COPS that won’t be airing in the United States.

COPS, which had been on the air in the United States for 32 seasons, was canceled this summer in the wake of numerous protests against police brutality.

The show’s 33rd season had been scheduled to premiere on Paramount Network this summer, but it was pulled from the schedule, as was Live PD on A&E despite it being the network’s most popular series.

As for COPS, it is now back in business, at least for now, in one of the same places it, and Live PD, have filmed before.

“We have a longstanding relationship with COPS and [series producer] Langley Productions, and we are pleased they have decided to return, highlighting the outstanding work our deputies provide to all of you,” the Spokane County Sheriff’s Office said in a press release, Deadline reports.

Long-running docu-reality series Cops is back in production four months after it was canceled by Paramount Network. In a press release put out on Sept. 30, the Spokane County Sheriff’s Office announced that two Cops film crews have been riding with Spokane County Sheriff’s Office and Spokane Valley Deputies since September. Filming will continue through the first week of November.

The show’s return to Spokane County in Washington has been met with much consternation among its citizens, according to local TV station KREM-CBS.

Spokane City Council Member Breean Beggs, who now serves as council president, began raising questions about reality police shows like ‘COPS.’ He was concerned that it showed the worst of Spokane.

[Spokane County Sheriff Ozzie] Knezovich countered that point by saying the show served as a good recruiting tool for his department.

“Shows like COPS highlight the work of law enforcement,” Knezovich said in a press release. “They show, even for a few minutes, what the men and women out protecting our communities deal with day in and day out. People need to see how quickly things can turn, the decisions that need to be made quickly, and how well Deputies and Officers adjust and respond appropriately. They show the hard work and professionalism of law enforcement, despite what some anti-law enforcement activists and those in the media want you to believe.”

Contrary to recent reports KREM claims the COPS website states the show is set to premiere Oct. 10 on WGN America, but this writer could find no reference to that information on the site.