Australian University Studied The Potential Impact Of Coronavirus And, Uh, The BEST-Case Scenario Is 15 Million Dead 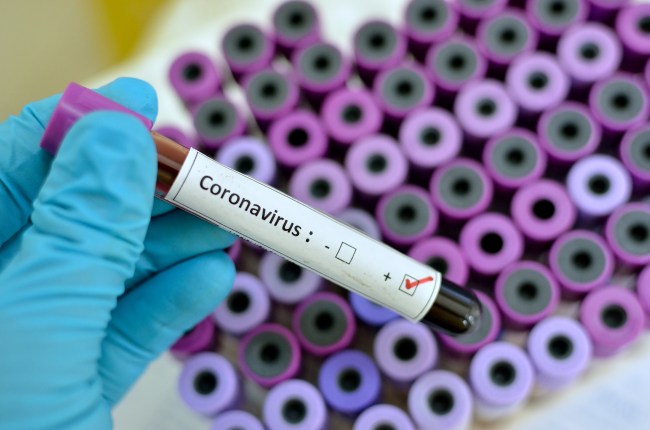 If you haven’t already been taking this whole Coronavirus outbreak seriously yet, well, it’s probably time you changed that and started doing some things differently in your everyday life. That means washing your hands more often, covering your mouth with your sleeve when coughing or sneezing, and avoiding contact with people who might be sick, among other things. This isn’t to freak you out or anything, but, well, this thing seems to be a real epidemic, and it doesn’t seem to be getting better before it keeps getting worse.

As more and more info comes out about the Coronavirus attack the entire world is under — with cases coming out, seemingly, every hour about more people testing positive for it — it’s scary AF to think about what potentially could be the end result of this. Similar to the 2011 movie Contagion, this real-life virus is spreading like wildfire, with little known about what’s causing it, how it’s being transmitted and what anyone can do to slow it down. Unlike the movie, though, people are actually dying.

Just when you thought it couldn’t get scarier, a new study from the Australian National University decided to freak all of us out even more, trying to figure out what the global impact of the Coronavirus could be. If you’re already paranoid about how fast it’s spreading, you may want to stop reading, because the results are terrifying.

To better understand what the virus could do on the global economy, the Australian National University study explored seven different scenarios of how COVID-19 might evolve in the coming year. Modeled after estimates on the Hong Kong flu pandemic — an outbreak in 1968-1969 that is estimated to have killed about one million people — take a look at some of the results below.

Four of the seven scenarios in the paper examine the impact of COVID-19 spreading outside China, ranging from low to high severity. A seventh scenario examines a global impact in which a mild pandemic occurs each year indefinitely.

But even in the low-severity model — or best-case scenario of the seven, which the paper acknowledged were not definitive — ANU researchers estimate a global GDP loss of $2.4 trillion, with an estimated death toll of 15 million.

In the high-severity model — modeled after the Spanish flu pandemic, which killed an estimated 17 million to 50 million globally from 1918 to 1920 — the global GDP loss could be as high as $9 trillion. In that model, the death toll is estimated to surpass 68 million.

No, guys, that’s not a typo, the study predicts the best-case scenario with an estimated death toll of 15 million, and the worst-case scenario killing over 68 million — which echoes a similar simulation that predicted as many as 65 million people could die from the disease. Uh, yeah, told you it’s time to start freaking out and making some changes.

After revealing the study results, here’s what Warwick McKibbin, a professor of economics at ANU and one of the paper’s authors, had to say about the overall impact that Coronavirus could have on the global economy, based off of what his team found.

“Our scenarios show that even a contained outbreak could significantly impact the global economy in the short run.”

“Even in the best-case scenario of a low-severity impact, the economic fallout is going to be enormous and countries need to work together to limit the potential damage as much as possible,” he added.

“There needs to be vastly more investment in public health and development, especially in the poorest countries,” McKibbin said. “It is too late to attempt to close borders once the disease has taken hold in many other countries and a global pandemic has started.”

In addition to scaring all of us, the research was intended to help policymakers with their decisions when it comes to finding a cure for the outbreak, hoping to eliminate it before it gets to any of the levels the study shows above. And, while there’s not really much any of us can do right now except try and stay as healthy and smart as possible by washing hands and eliminating contact with sick people, this is a wakeup call that we’ve got to try and prevent this from spreading ASAP.