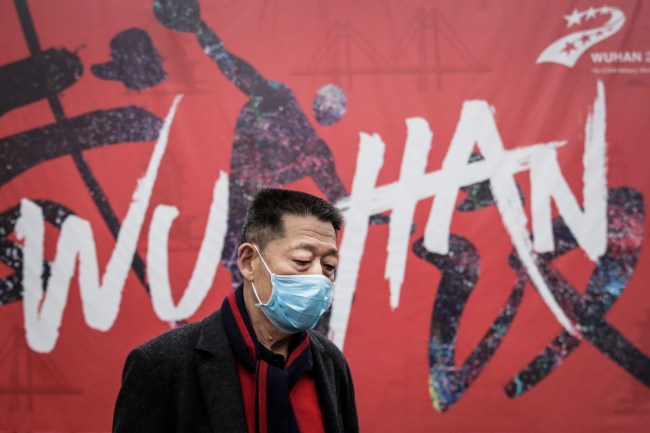 Coronavirus is in at least 27 countries around the world, including 15 cases in the United States. But the hardest hit nation is where the respiratory disease originated from — China. The epicenter of the COVID-2019 outbreak is Wuhan, China. Strangely enough, Dean Koontz wrote a book 39 years ago that was based on a disease that was released in Wuhan, China.

China’s National Health Commission reported there were 2,009 new confirmed cases of COVID-2019 and 142 deaths on February 15. That increases the total number of coronavirus cases in mainland China to 68,500, and the death toll is currently at 1,665.

There is a coronavirus conspiracy theory that claims that COVID-2019 is not a natural-occurring disease that originated from eating animals such as bats from the animal market in Wuhan. The unproven conspiracy theory alleges that the coronavirus was a man-made disease that was created at the Wuhan Institute of Virology, China’s only level four biosafety laboratory, the highest-level classification of labs that work on the deadliest viruses. Conspiracy theorists claim that the coronavirus was accidentally leaked into the 11 million population of Wuhan.

In Dean Koontz’s 1981 book In The Eyes of Darkness, there is a disease that kills thousands, and it originated from a Chinese military lab in Wuhan. In the novel by the best-selling suspense author, Chinese scientists engineer a virus as part of its biological weapons program. The disease is created at a research center in Wuhan, and is named “Wuhan-400.”

From In The Eyes of Darkness:

“It was around that time that a Chinese scientist named Li Chen moved to the United States while carrying a floppy disk of data from China’s most important and dangerous new biological weapon of the past decade. They call it Wuhan-400 because it was developed in their RDNA laboratory just outside the city of Wuhan.”

A Dean Koontz novel written in 1981 predicted the outbreak of the coronavirus! pic.twitter.com/bjjqq6TzOl

One of the first whistleblowers in the real coronavirus outbreak was also a Chen. Prominent video blogger Chen Qiushi was one of the first people to warn of the dangers of the mysterious disease, way before the Chinese government ever warned the public. Chen released several videos warning the world of the death and sickness that was happening in Wuhan. Chen has since gone missing, and his family believes he was forcibly quarantined by the Chinese government.

The fictional virus in the book is considered the “perfect weapon” because it only affects humans, has a 100 percent kill-rate, and can’t survive outside the body for more than a minute. This means that an expensive decontamination process isn’t necessary after the virus ravaged the population, and the military can swoop in to control the territory soon after everyone has died.

The American Association for the Advancement of Science dismissed the coronavirus conspiracy theory: “There is no evidence whatsoever of genetic engineering that we can find. The evidence we have is that the mutations [in the virus] are completely consistent with natural evolution.”