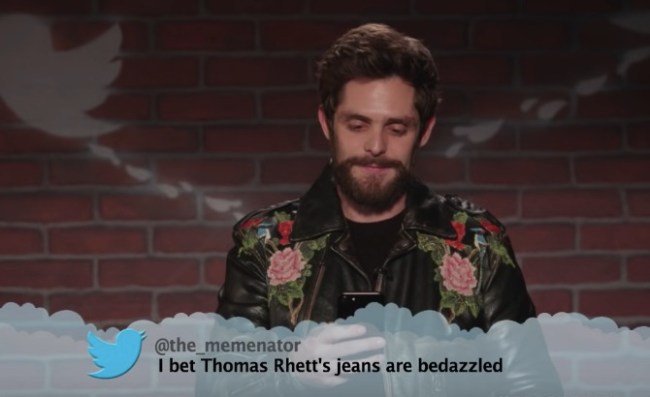 This week marked the biggest night of the year for Country Music, the 2018 CMA‘s. The big winner last night was Keith Urban who took home the coveted Country Music Award for ‘Entertainer of the Year’. Chris Stapleton and Carrie Underwood took home the awards for best male and female vocalists, respectively.

Chris Stapleton also won a handful of other awards including writing credits on the Song of the Year and Single of the Year, ‘Broken Halos’. It was a pretty great night in Nashville with all the stars out in full force and everyone in a great mood.

Which Country Music star gets roasted the hardest? You’ll have to be the judge of that for yourself.

Jimmy Kimmel’s best-known recurring bit is probably the one right after Halloween where parents film their kid’s reactions as they tell the kid that all of their Halloween candy is gone because Jimmy Kimmel told them to eat it. Those videos are great, this year’s was only so-so compared to years past, but I generally enjoy them.

However, I tend to think of these ‘Mean Tweets’ videos at Kimmel’s best work. He seems to have an endless vault of usable content because he probably asks every guest on the show to read a mean tweet before they come on stage on the off chance it’s usable later. If you’re not caught up on the latest Mean Tweets, you can check out this one where Nickelback got roasted or this one where rap superstars like Lil Wayne and 50 Cent get destroyed.