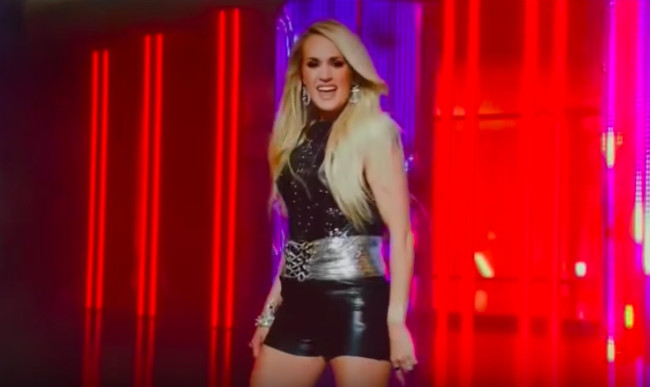 Hank Williams Jr.’s “Waiting All Day for Sunday Night” ushered us into Sunday Night Football for over a decade, his gritty voice becoming a Pavlovian response for NFL fans to get hyped for some hard-nosed football. And then, last season, Carrie Underwood’s “Game On” was introduced to the masses. Fans did not like this hokey rendition that couldn’t hold the jock strap of Underwood’s previous “Oh, Sunday Night” tune.

Hey, I know my music isn’t for everyone, but I love what I do and I love being a part of @SNFonNBC ! ❤️ I am one lucky lady! I also love women who build other women up…just saying…👍 https://t.co/F4yuNGKj0M

As loathed as this new song was, it’s inconceivable to think that anyone would accuse Underwood of ripping the song from them. But, money is a motivator, and singer Heidi Merrill is in search of her due credit.

Merrill, who had success with “Cornhusker Strong” back in 2015, said she wanted to ride the momentum of the sports-themed hit and made “Game On” in 2016 and posted it to YouTube in March 2017.

In her suit, Merrill says she met Carrie Underwood’s producer, Mark Bright, at an event in Nashville in August 2017 and asked if Carrie would be looking to create a new song for the 2018 NFL “Sunday Night Football” show open.

Merrill says she submitted the song to Bright — but was eventually told Carrie’s camp passed on using “Game On.”

Fast forward to Sept. 2018 … Merrill says she was shocked to see Underwood and NBC promoting a secret new theme song for ‘SNF’ … which ended up being called “Game On.”

Merrill claims that Underwood’s version is “substantially — even strikingly — similar, if not identical” to her song, and is suing Carrie, Mark Bright, NBC, the NFL and more for copyright infringement.

It’s unclear how much compensation Merrill is looking for, but if a judge orders the song be stripped from SNF, she will have done her part for society.