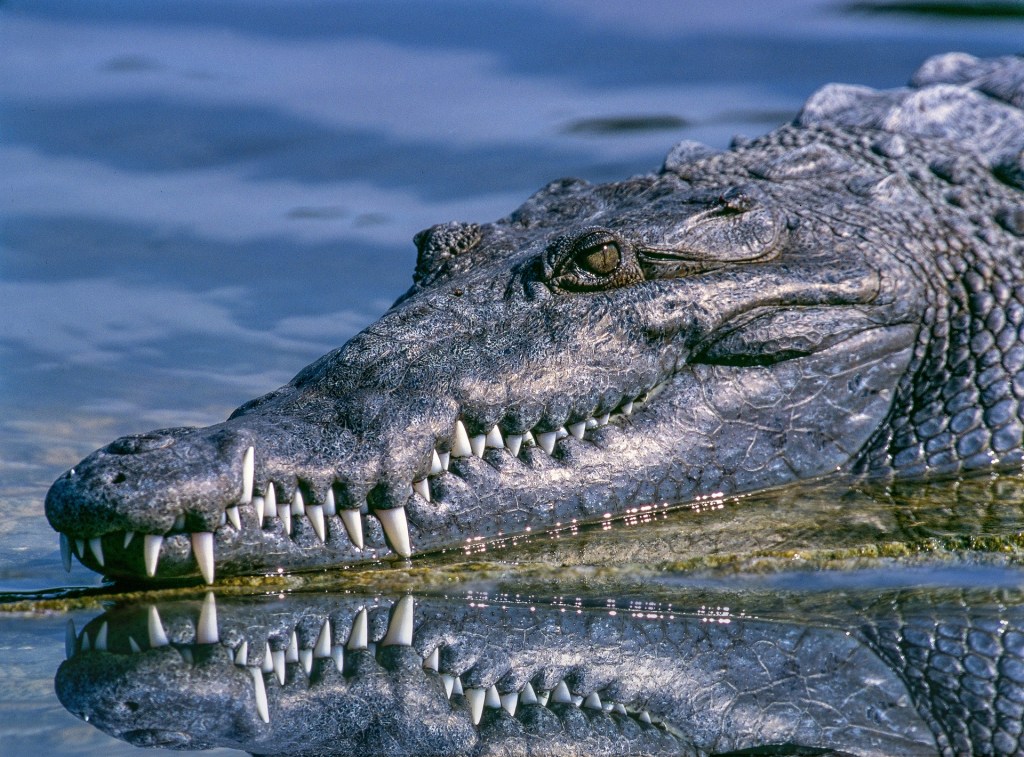 I don’t come across too many crocodiles in my life. Really, the only times I ever see them are when I’m fishing down in the Florida Everglades or on vacation in Panama or Costa Rica. But they strike fear into my heart in ways an alligator never could.

Crocs will swim up in the middle of a crowd and pick off an easy meal like it’s no big deal at all. They’ll snipe feeding animals who come to the water’s edge for a drink. They’re stealth predators but they’re not against working hard for a meal. So when a healthy snack like this shark just falls into a croc’s lap, that shark is 100% getting eaten with no remorse.

This Australian woman was fishing on ‘Cardwell Beach in Far North Queensland’ according to News Australia. She said she couldn’t get the shark back into the water. It seems like her plan was to let it flop around until the shark got itself back in. But this massive 13-foot crocodile spotted the easy meal and the rest was history. Fair warning, she uses profanity in this video but she’s Australian so it’s pretty hilarious.

It seems like that video’s slowed down a little bit for some reason. At first, I thought the narrator sounded wasted but I think they’ve just slowed down the YouTube video to like .9x the normal speed. You can hear her saying “Check out this monster … holy smackers, I just caught a shark, which I couldn’t get back into the water because this fella was coming, and now he’s going to come in and eat it and I am going to s**t myself. Oh my lord, he’s like one, two, three … I can see like four meters and he’s still got tail in the water. I have never been shaking so much in my whole life.”

I have to give her respect for going full Aussie in this video. She manages to use profanity in such a silky smooth manner that only Australians are capable of. Their culture is one giant master class in the use of profanity and I’m eternally impressed.