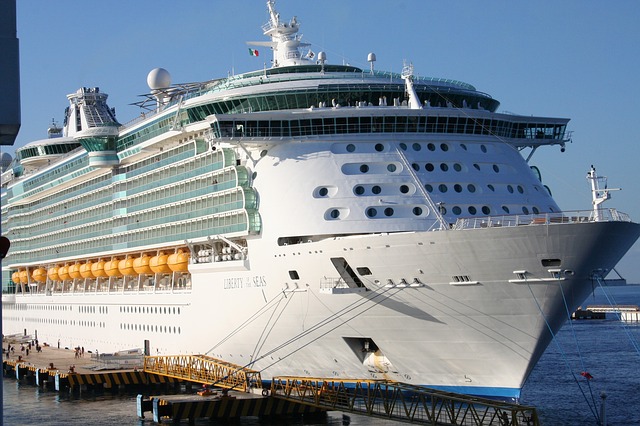 One would surmise that you would be safe to take a cruise to the Bahamas in January since it is far removed from hurricane season. However, you have to factor in those often forgotten about, yet dangerous Nor’easter storms that creep up the East Coast in the winter. That was the case for the 4,000 passengers on the Norwegian Breakaway who encountered the rough seas caused by Winter Storm Grayson this week.

The NCL Breakaway underestimated the strength of Winter Storm Grayson and the cruise ship was battered by hurricane-force winds and 30-foot swells in the Atlantic Ocean. The Breakaway sailed right into the harsh conditions caused by the bomb cyclone that smashed the Eastern Seaboard from Florida to Maine this week.

The Breakaway was delayed returning to New York City from the Bahamas and was greeted by the wicked storm, causing many passengers to get seasick. Water seeped through the ceilings and flooded parts of the ship. For two days, the huge cruise ship was tossed around causing many passengers to be traumatized. “I thought I’d never be in a situation where I would say that’s the scariest moment of my life,” Karoline Ross told CBS News. “This was the worst moment of my life.” Karoline added, “When you’re on a boat in the middle of the ocean and water is pouring down the stairs, you’re thinking ‘this is not going to end well.'”

“Our room was full on two inches of water. The elevator shafts were dripping water everywhere,” Del Ross said. “There were people crying, everyone was throwing up. it was a nightmare,” said Olivia Ross. “It was so tilted I was shaking.” Emma Franzese said, “I’m completely traumatized. I’ll never go on any type of boat again in my life after this.” “I was holding on for dear life,” said passenger Conor Vogt. “I honestly wasn’t sure we were going to make it through the night. The boat was tilted like crazy.”

Norweigan Cruise Lines issued a statement, “Due to winter storm Grayson, Norwegian Breakaway will have a delayed arrival into New York today. As a result, Norwegian Breakaway’s 14-day cruise that was originally scheduled to depart on January 5, will now depart on Saturday, January 6, at 3pm.” NCL said “weather conditions were stronger than expected.”

Live video from #nclbreakaway bridge. I now have 2 kids that are sea sick stuck in a stateroom. #prayersneeded pic.twitter.com/vmk0MWFG7X

ProTip: You don’t really need a balcony when sailing out of New York City in January since a majority of your cruise will be too cold to enjoy your balcony.