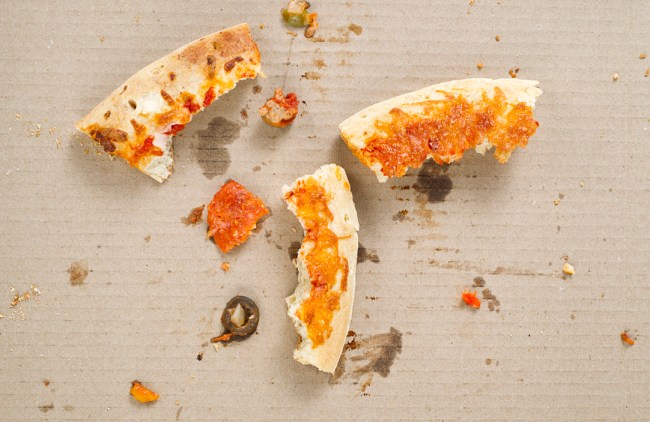 Pizza isn’t exactly the hardest food in the world to come across when you live in New York City and I’m lucky enough to be within walking distance to a number of places that serve basically every variation imaginable.

Whether you’re in the mood for a classic slice, some fancy Neopolitan shit, a piece of Sicilian, or only have a dollar to your name, there’s something out there for virtually everyone. However, there’s a new style out there that’s recently emerged that I refuse to stand for: a crust-only pie.

According to Complex, Brooklyn’s Cuts & Slices recently posted a picture of a custom creation they made for Jadakiss, who previously proclaimed his love for pizza crust in a sacrilegious interview where he said he had a general distaste for cheese on his pizza.

If you’re a pizza purist, you’re going to want to brace yourself before you keep scrolling and witness this culinary crime.

Are you ready? Ok. Here it is.

The owner of the pizzeria said Jada has been urging him to figure out a way to make a crust-only pizza for the past year and that he finally figured out a way to do so by seemingly cutting out the best part and leaving the scraps behind.

Look, I can understand wanting this if this was stuffed crust we’re talking about but I will not stand for this, and based on the reactions, I’m not the only one.

I had to see Jadakiss’ all-crust pizza so now you do too pic.twitter.com/2aM4yRrkEq

Dawg, the god ordered a All Crust Pizza 😂😂😂 why someone aint tell Jadakiss about Breadsticks???? LMAO. pic.twitter.com/xWQskQXw3a

That pizza is why Jada doesn’t have a classic

Ok Jada…….let's talk about this

Why you ordering/eating….. only the crust of pizza?

This is up there with such wrong things as…… pineapple on pizza, and putting you watermelon in the microwave. https://t.co/wiQuz5iYeT

*plays the Jadakiss "Why" beat*

Why would you pay for a pizza and eat the crust and not the pie? 🤨 https://t.co/Xa41F6HJtw

I was always a big fan of his verse on “New York” but after seeing this I don’t know if he can continue to call himself a New Yorker.