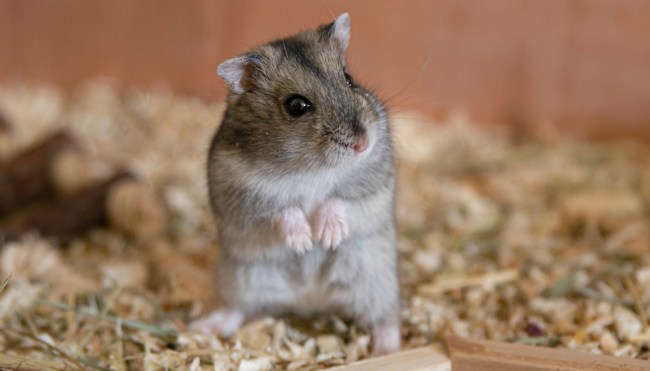 Earlier this year, NBA Topshot and other NFTs became the latest cryptocurrency trend to take the world by storm. After spending a few weeks attempting to figure out why digital highlights and pictures of memes were selling for some absolutely insane prices, I decided to make life a whole lot easier for myself by opting to just give up when it came to trying to understand the hype.

Like many people who declined to HODL in the wake of the Great Cryptocurrency Crash of 2018, I ended my brief stint as a crypto trader decidedly in the red. However, plenty of other speculators have managed to do pretty well for themselves—including a hamster that’s posted some pretty impressive gains when you consider he’s a hamster.

According to Gizmodo, an anonymous hamster owner in Germany has spent the past few months treating Twitch viewers to the trading adventures of Mr. Goxx, a tiny rodent named after a Bitcoin exchange that vanished in 2014 along with $460 million worth of the virtual currency.

Mr. Goxx does his trading from a miniature office featuring the wheel he uses to choose from the variety of cryptocurrencies he trades—including big names like Bitcoin and Ethereum as well as Cardano, Dogecoin, and Polkadot—before running through the two tubes that determine whether he buys or sells whatever is ultimately picked.

The hamster kicked off his career with €326 to work with and got off to a bit of a rocky start, as he’d lost over 7% of that sum by the time he had his first performance review in July.

However, he’s managed to bounce back, and based on the Twitter account devoted to keeping track of his trades, he’s up 16.62. percent since getting started.

Mr. Goxx has concluded his office hours for tonight with 3 order(s) placed.

DISCLAIMER
This content is for entertainment purposes only. Investments shown here are not financial advice.