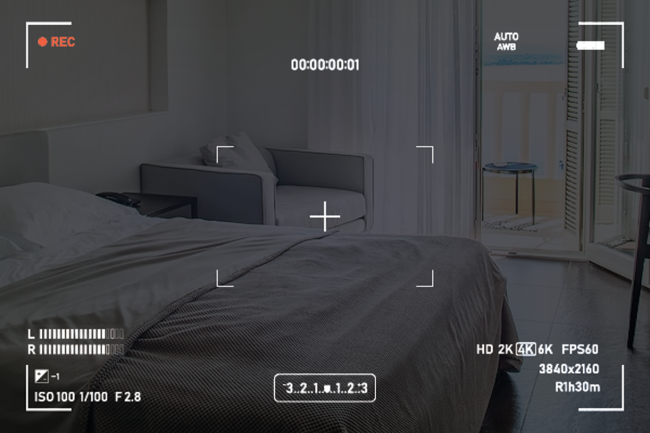 If you have ever wondered if you were being watched on a hidden camera while staying in a Airbnb or hotel room, Marcus Hutchins, a cybersecurity expert says there are some simple things you can do to find out.

Hutchins is a former hacker known who goes by the handle Malwaretech online and is known for assisting in putting a halt to the 2017 WannaCry ransomware attack that infected tens of thousands of computers in over 150 countries.

In his viral TikRok video explaining how to spot a hidden camera in a Airbnb or hotel room, Hutchins goes over how to use a flashlight to discover the recording devices.

Related: Ex-Hotel Employee On TikTok Shares Why You Should Never Use The Glasses In Your Room

“The first thing you’re going to want to look for is devices that are conveniently placed where people would want to look,” he begins.

“Take this fire alarm, for instance, it’s placed right above the bed,” Hutchins continues. “Now one way to see if the device is a camera is to shine a bright light at it. If you hit a camera lens it’s going to get a blueish reflection.

“Now you can test this by shining a light at your phone and seeing how the camera looks when placed under a flashlight.”

Hutchins next examines an alarm clock.

“Now this clock is mirrored, but if we shine a bright light at it we can see through the glass and see there’s a camera there.

“Now this technique can also work on two-way mirrors. So the camera is USB powered and the wall charger it’s plugged into is also a camera.

“If we shine a light on it you can see that little pinhole in the middle with the blue reflection, that is the camera lens.”

Next up, night visions hidden cameras.

“Night vision cameras use red LEDs to see,” Hutchins explains. “If we turn off the lights and use the front facing phone camera we can actually see these LEDs.

“Now the front facing camera is the only one that tends to work because the back facing one has an IR filter.”

In closing, Hutchins explains, “These cameras are really small as you can see here, so they can be hidden in anything, even a hole in the wall. You’re going to want to check any suspicious devices or holes that are facing the shower, dressing area or the bed.”

Hutchins’ video, which he points out wasn’t in a real Airbnb or hotel room, but was a room setup for his demonstration, has been viewed over 27 million times on TikTok and received over 21,000 comments.