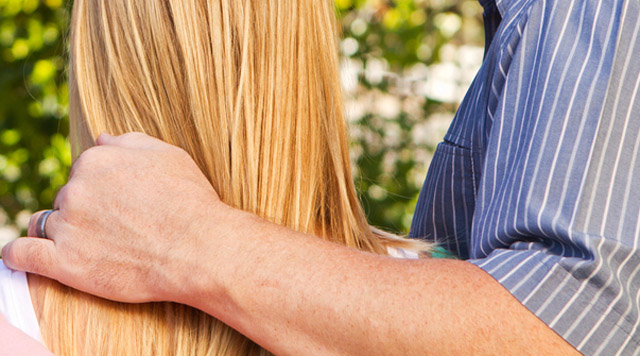 I have a daughter and I have always been of the mindset that when she becomes old enough to start dating I will be standing at the door with a machete to greet each and every little twerp that has the balls to show up at my house.

However, after seeing a man named J. Warren Welch’s rules for dating his daughters, I am starting to realize that I might want to rethink that approach.

Apparently I am not alone in that sentiment either as his rules for dating his daughters have gone viral and been shared over 18,000 times on Facebook so far.

You ready to read them? They’re not at all what I figure most of you are expecting. Here goes…

“You’ll have to ask them what their rules are. I’m not raising my little girls to be the kind of women who need their daddy to act like a creepy, possessive badass in order for them to be treated with respect. You will respect them, and if you don’t, I promise they won’t need my help putting you back in your place. Good luck pumpkin.”

HA! He called them pumpkin. Awesome. It’s also awesome that he’s raising his girls to know how to take care of themselves.

“I understand the urge to protect your daughters,” Welch told TODAY Parents. “I get that. But the kind of posturing by fathers of daughters I was specifically responding to had nothing to do with that ‘protective instinct’ and everything to do with asserting their dominance over women and reinforcing a belief that women need men to take care of them.”

“I’m going to be real honest here: I’ve never actually been nominated for a ‘Father of the Year award,’ contrary to what several coffee cups in my cupboard would lead you to believe,” said Welch.

“That is exactly why I know that my daughters don’t need my help making important decisions about their relationships. These girls are my heroes!” he said. “I was a feminist long before I had daughters, but it wasn’t until I was blessed with the task of raising young women that I realized why: these girls are amazing humans, and I can take no credit for that other than the fact that I at least knew that the best thing I could do for them is not try to ‘mold’ them.”

If you don’t already want to have a beer or two with this man then I don’t know what that says about you, but maybe his take on Nazis, which is also awesome, will get you there.

“My daughter gave me this Captain America shirt for father’s day a couple years ago. I’m really more of a Deadpool guy myself, because F-bombs and strap-ons… but this is at least a throwback to a time when NO ONE was defending nazis, or saying that opposing nazis is just as bad as being a nazi, so I’m going to be wearing the fuck out of this shirt for the foreseeable future. Fuck nazis.”

I want this guy to be my dad now.