Zemo Actor Daniel Brühl Discusses His Instantly-Viral Dance Scene, Reveals How It Came To Be 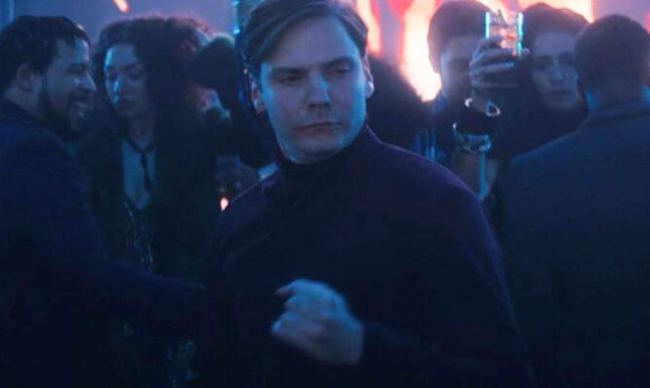 Of all The Falcon and the Winter Soldier‘s many enjoyable aspects, one of the most pleasantly surprising has been the performance of Daniel Brühl, who returned to the franchise as Baron Helmut Zemo for the first time since 2016’s Captain America: Civil War.

This time around, though, Brühl is playing a more fully realized character, as Zemo is now less of a revenge-seeking-man-on-a-mission and more of a… regular dude? He drinks and listens to Marvin Gaye. He’s rich and he owns a private plane. And, of course, he dances.

In the third episode of The Falcon and the Winter Soldier, titled “Power Broker”, Sam, Bucky, and their new pal Zemo take a trip to Madripoor, where they eventually find themselves in a late-night dance club. During that scene, albeit just for a couple of seconds, Zemo can be seen doing his best Jersey Shore impression as he lays down a couple of fist pumps in the middle of the dance floor.

Obviously, the moment went viral as Dancing Zemo was instantly turned into a meme.

Introverts at a party working on their third drink pic.twitter.com/hgynZOHdt9

In a recent interview with Entertainment Weekly, Brühl was obviously asked about the moment and provided an in-depth explanation of how it came to be:

“It’s so hysterical,” Brühl said. “[That moment] was improvised when I saw the crowd dancing, going loco. I felt the beat and was like, Zemo has been sitting in a dodgy German prison cell for years. So, he needs to let off some steam and show his moves. Let’s go for it! I enjoyed so much the reaction of Anthony and Sebastian looking at me.”

“Still, I was 100 percent sure that they would cut it out [of the show]. I was really surprised and happy that they kept it. It was a long dance. There’s more to it, but they cut this little moment. I didn’t know what was happening, but I then received all these messages from my friends cracking up. My friends who know me well know I’m an embarrassing, passionate dancer on the floor but it would be different moves. It would be the Spanish side of me kicking in and doing some matador, flamenco moves, going down on my knees. Highly embarrassing for my friends. [via Entertainment Weekly]