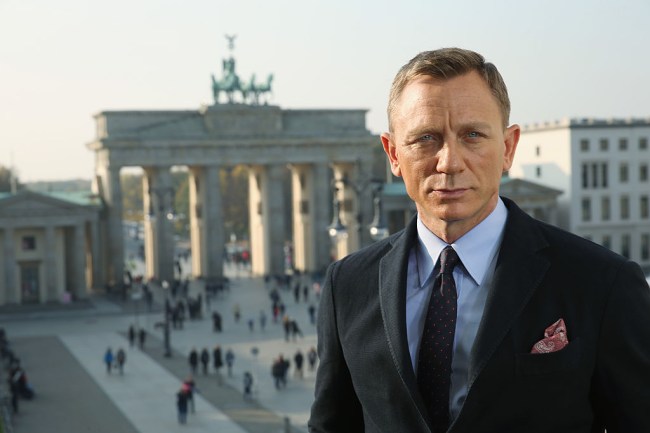 Yesterday, we told you that Daniel Craig was still on the fence about reprising his role as James Bond for the 25th movie in the franchise, which is slated for release in November 2019. While the New York Times reported last month that the actor had signed on for one last hurrah, Craig has been incredibly coy about whether or not he’d actually taken the role.

Well, Craig was either lying in that interview or had some sort of life-changing revelation a few hours after giving it, because the actor finally confirmed he’d be returning as Bond in a lengthy interview last night on The Late Show With Stephen Colbert.

Craig had previously turned down a $100 million offer to return for two more films, but if this interview is to be believed, the upcoming movie will be his last. When asked about the future of the franchise, he said, “I think this is it. I just want to go out on a high note. I can’t wait”

This comes as somewhat of a surprise considering Craig gave an interview in 2015 in which he said he’d rather “slash [his wrists]” than appear in another movie as 007. However, the actor provided an explanation for that quote, saying:

“It was two days after filming the last one, and I went straight to an interview and someone asked me if I would do another one and I went no. And instead of saying something with style and grace I gave a really stupid answer.”

While Roger Moore will have ultimately starred in more Bond movies, Craig’s decision to sign on for one more film means that his tenure as 007 has lasted longer than that of any other actor. If he can make a movie that comes close to matching the quality of Casino Royale or Skyfall, it’s likely he’ll be able to cement his legacy as the best Bond of all time.

Here’s to hoping he goes out on top.