David Spade Had Danielle Bregoli, AKA Cash Me Ousside Girl, As A Guest On His Talk Show And It Was… Something 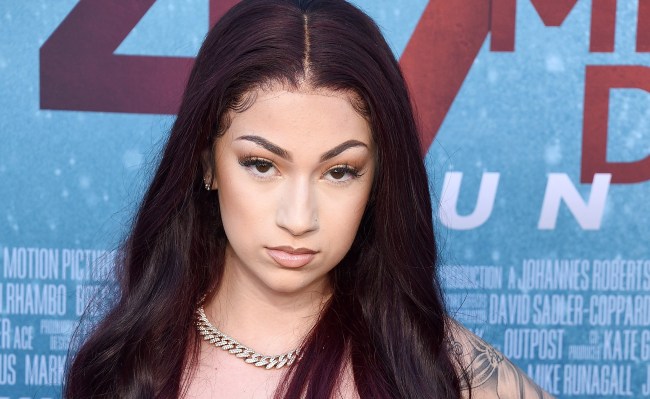 The last time we checked in on Danielle Bregoli, AKA the “Cash Me Ousside” girl, AKA Bhad Bhabie, she was calling Nicki Minaj fans brain dead after pissing them off for hinting that Minaj doesn’t write her own songs.

The last time we checked in on David Spade he was letting everyone on social media know that yes, he has seen the mural of Kurt Cobain that is, in fact, him and not the former Nirvana front man.

How these two ever became friends is a mystery to me, but they are and there’s even photographic proof, which resulted in a war between her fans and his on social media.

As Spade explained on his new Comedy Central late night talk show, Lights Out with David Spade, “She and I were at a restaurant about two years ago. I went over to get a picture with her. And you were very nice about it. Then, of course, I posted it and put something snarky, and then she… she said something sort of mean back. And then what happened – I’d never been involved in this – all the comments got in fights.

“Her fans, by the way, they were killing mine. Because mine put up a little bit of a fight, but hers were like, ‘I’ll blow your head off with a shotgun.’ I’m like, ‘I’m out.'”

Speaking of commenters and fans on social media, Spade had to ask Bregoli about Nicki Minaj’s fans coming for her and the fact that Minaj recently announced her retirement.

“Me and Cardi, we here. We got y’all,” said Bregoli. “You gotta give Nicki her props. Nicki was running this sh*t before anyone. No one told her to get salty. If she would have took Cardi under her wing and been like, ‘Yeah, this my b*tch.’ She didn’t have to be all, ‘Ugh, I can’t stand another b*tch taking my spot.’ Like, sit your salty ass down and just deal with it.”

And with that appearance, the 16-year-old Bregoli probably just made another million dollars. God bless America.