Today In FML News: The 16-Year-Old ‘Cash Me Ousside’ Girl Just Signed A $100K Deal For A New Mobile Game 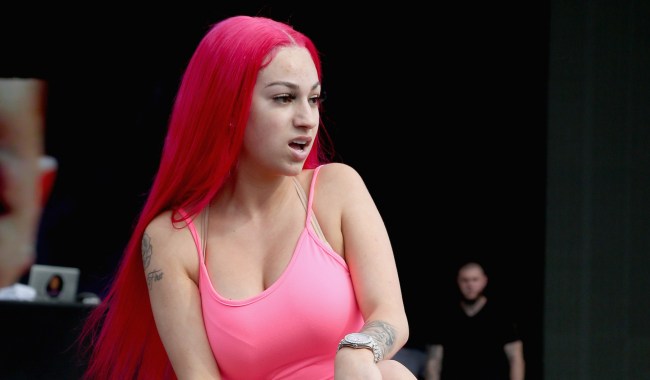 Somehow, Danielle Bregoli has turned saying, “Cash me ousside, how bout dah,” on the Dr. Phil show when she was 13-years-old in 2016 into a multi-million dollar enterprise.

Ealier this month we reported about how Bregoli signed a million dollar songwriting deal with Pulse Music Group, a subsidiary of BMI.

Bregoli already went on tour, yes, on tour, under her stage name Bhad Bhabie, performing her hits like “These Heaux” and “Hi Bich” (when the shows weren’t canceled because of her tweeting).

She also inked an endorsement deal with CopyCat Beauty, which will pay her $900,000 to promote their beauty and makeup products.

That’s in addition to the multi-million dollar record deal she reportedly signed with Atlantic Records after her one of her singles went gold.

Bregoli also recently launched a new Snapchat original series called Bringing Up Bhabie which had more than 10 million unique views in the 24 hours after it debuted.

Hate your life yet? Hang on, don’t decide yet, because there’s even more great news.

According to new legal docs obtained by TMZ … Danielle’s company, Dani B, scored a $100k advance for her to promote a new mobile game. As part of the deal, she’ll have to pimp the game on her social media … including her popular YouTube channel, which has nearly 7 million subscribers.

It’s unclear, based on the contract, if Bhad Bhabie herself is part of the game … but seems like a good bet.

Danielle’s likely to score a bunch more money on the back end … with royalties based on the number of downloads and ad revenue. The deal was struck just a few days ago.

So, now how are you feeling about your life? Because I am feeling greeeeeeeeeaaat!