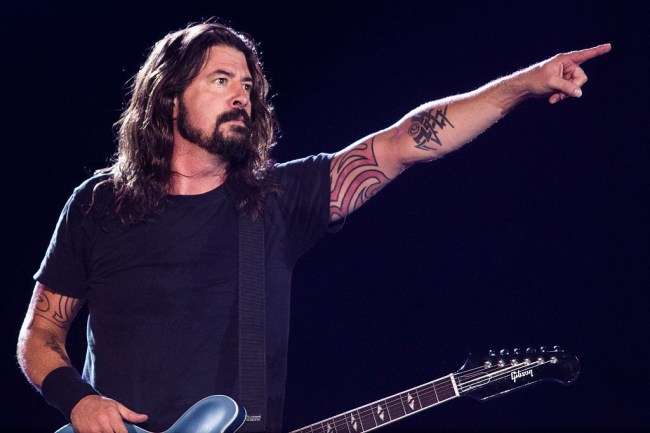 All too often, I come across someone who makes me feel bad about how little I’ve accomplished over the course of my time on the planet and the most recent person to make me hate myself just a little bit is none other than Dave Grohl.

Grohl is an absolute legend for a number of reasons, ranging from his incredible musical acumen to his equally impressive drinking prowess.

Many people in a similar position as him have let fame get to their head but Grohl has remained remarkably grounded over the past few decades and established himself as one of the nicest dudes in the world in the process.

After all, you’re not going to find a lot of guys who would let a 10-year-old shred with them on stage on multiple occasions.

You’re also not going to find many people who leave a giant tip just so the total on their bill is $666.

It’s no secret Grohl is a man of many talents and I just recently learned that one of them is barbecuing, which he developed a love for after he dropped a bunch of money on a beach house in North Carolina and fell in love with the region’s smoked meat when Nirvana hit the mainstream.

On Monday, the aspiring pitmaster made the trek to Calabasas, where firefighters are currently helping to battle the massive wildfire sweeping across California.

He arrived with BBQ in tow and proceeded to feed the men and women at Fire Station 68, who were more than appreciative of his gesture.

Grohl was following in the footsteps of fellow legend Guy Fieri, who served some food of his own to police officers aiding with the response to the wildfires on Sunday (a move he’s pulled on a couple of other occasions).

This is a trend I can get behind.