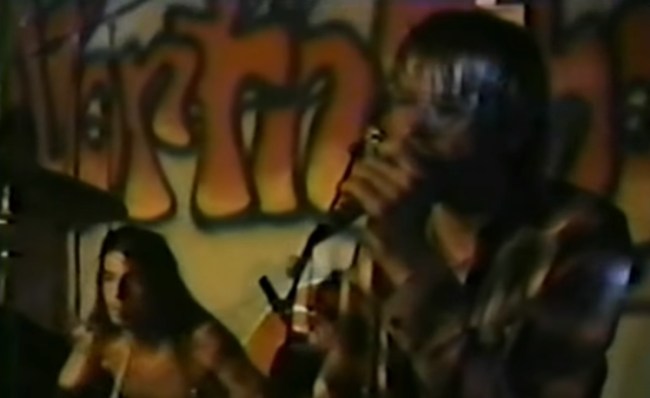 In the summer of 1990, Washington D.C.-based hardcore punk band Scream broke up. A then-21-year-old Dave Grohl, who was the drummer for Scream, was looking for a new gig. Buzz Osborne of the Washington state-based band Melvins, informed Grohl that a band named Nirvana was searching for a drummer. The band featured guitarist/singer Kurt Cobain and bassist Krist Novoselic, who met each other in Aberdeen, Washington, in 1985. Cobain and Novoselic welcomed Grohl as the band’s new drummer. Thanks to the wonders of the world wide web you can now watch Grohl’s first live performance with Nirvana.

Rare footage has been unearthed of Grohl playing in his first gig with the then-relatively unknown band called Nirvana. The birth of one of the great American bands in history happened at the North Shore Surf Club in Olympia, Washington in 1990. The hungry band played 20 songs including five covers from Devo, Wipers, and Shocking Blue.

Music history was made on this day as Grohl would be a fixture as the band’s new drummer. Nirvana would complete their second album titled Nevermind in June of 1991 and it would be released on September 10, 1991. The album initially sold about 100,000 copies of Nevermind and it sold out once the lead single Smells Like Teen Spirit became the unbelievable chartbuster after being aired on MTV. Nevermind would be declared a Diamond album after selling over 10 million copies and eventually sold at least 30 million copies worldwide. But it all started in a small club in Olympia, Washington.

Grohl and the surviving members of Nirvana have played a few times since Kurt Cobain’s death. However, Grohl warned that he doesn’t expect the Nirvana reunions to be a regular occurence going forward.

“After we played the Rock & Roll Hall of Fame, I considered the idea that, if there was an opportunity, we could do it again,” Grohl said. “But it’s delicate territory, and you can’t treat it like just another show,” Grohl added. “It’s very complicated and very special. In those moments, when it just happens naturally, I think is the best way.”