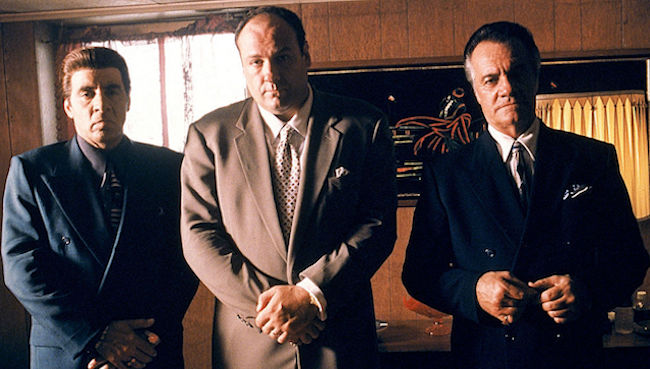 The Sopranos hit TV screens back on January 10, 1999, 21 Emmy Awards, six seasons, and 86 episodes over eight years later, the HBO original series is considered one of the finest television shows of all-time. The Sopranos ended on June 10, 2007, and fans have been clamoring for more of the hit TV show ever since. Sopranos creator David Chase said for years that he was not interested in making more seasons of the TV show, but he could “conceive of maybe a prequel.” On Thursday, Chase announced that he was working on a Sopranos prequel movie.

New Line has purchased the screenplay to The Sopranos prequel that has a working title of “The Many Saints of Newark.” The movie is “set in the era of the Newark riots in the ’60s. That was a time when the African-Americans and the Italians of Newark were at each other’s throats, and amongst the gangsters of each group, those conflicts became especially lethal.”

The screenplay is written by Chase and Lawrence Konner, who has numerous big movies and TV shows under his belt including Planet of the Apes, Star Trek VI: The Undiscovered Country, Superman IV: The Quest for Peace, Boardwalk Empire, and three episodes of The Sopranos. Chase and company are currently searching for a director for the project. It will be interesting to see Paulie, Johnny boy, and Junior in their heyday and it is sure to have a controversial ending.