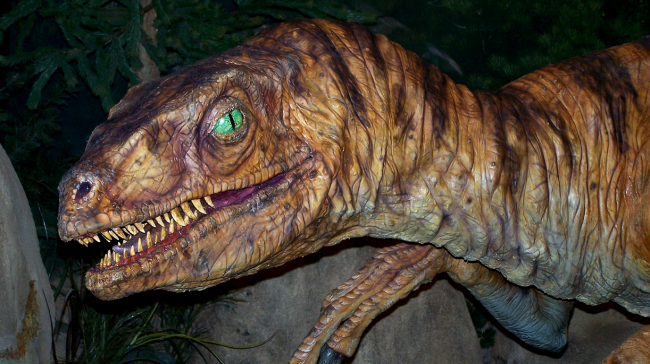 Paleontologists in Patagonia, Argentina have discovered the fossilized remains of the largest dinosaur belonging to the raptor family ever recorded.

The new raptor species has been scientifically named Maip macrothorax after the legend of “Maip”, an evil spirit said to roam the Andes, and means “the shadow of death.” The term macrothorax refers to the dinosaur’s large, 4 foot wide chest.

It has been determined by the scientists that this new “death shadow” raptor was between 29.5 and 32.8 feet in length and weighed as much as 5 tons (10,000 pounds). 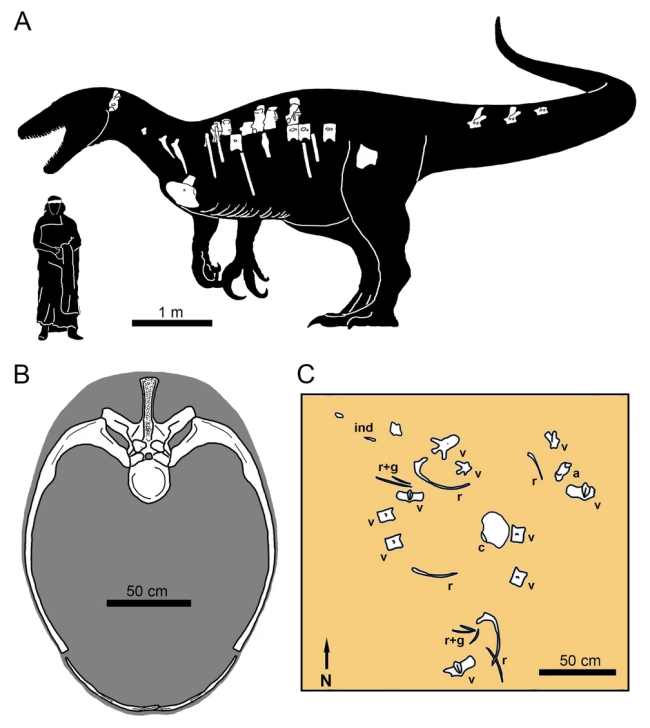 The “death shadow” raptor, Maip macrothorax, ruled the region millions of years ago

“There were aquatic and terrestrial snails, plants of very different affiliation, it was a forest, almost a jungle, with puddles, lakes, streams, and diverse creatures such as frogs, turtles, fish, small birds, and mammals,” said the scientists.

“When I lifted the vertebra and saw that it had the characteristics of a megaraptor, it was really a huge thrill,” Aranciaga told AFP.

“Somehow I fulfilled my childhood dream… finding a new fossil and it turning out to be a megaraptor: the group in which I specialize.”

The fossils, discussed and analyzed at length in the journal Scientific Reports, were unearthed in the Chorrillo Formation in southwestern Santa Cruz Province in Argentina.

According to the Independent…

The humongous size of these raptors may have been due to the extinction of the dinosaur group Carcharodontosaurids, many of which were apex predators on the southern continents.

Researchers said the megaraptorids – a group that includes giant sized raptor dinosaurs – likely evolved, eventually becoming larger, heavier and more robust, filling this vacant niche of top-predator in many parts of the Southern Hemisphere during the Late Cretaceous.

In 2021, researchers discovered two other new predatory species of dinosaur on the Isle of Wight in the English Channel that appear to have been equally as terrifying in that region: the “horned crocodile-faced hell heron” and the “Milner’s riverbank hunter.”