Denver Might Be First City To Decriminalize Magic Mushrooms 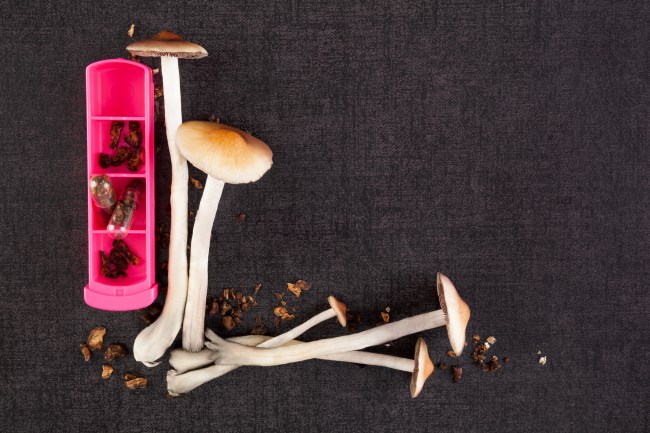 Denver, Colorado, a place often referred to as the Mile High City, is on the verge of getting a little higher. It seems a group of ambitious advocacy folks has made all of the necessary advancements to put an initiative on the ballot in the municipal election this summer that could lead to the decriminalization of magic mushrooms (psilocybin).

If all goes according to plan, Denver could become the first city in the United States to give trip fiends, spiritualists and others interested in a drug-induced introspection to get down without the threat of prosecution. It is a scene that could spawn a rapid hallucinogenic movement that could eventually lead the other jurisdictions across the nation to do the same. That’s one way to make America great again!

The Decriminalize Denver campaign has submitted nearly 9,000 signatures to the City Election Division in a bid to decimalize shrooms citywide. This is almost double the signatures needed to earn a spot on the ballot. It is now up to the election board to review the initiative and validate the signatures. As long as there are no hiccups, voters will hit the polls in May to decide whether psychedelic mushroom users should have the freedom to enter a technicolor dimension without police interference or if the drug should continue to be treated as a felonious affair.

Now that marijuana legalization is taking hold in more parts of the country, it seems the time has come to shed some light on another substance that has been deemed one of the safest drugs in the world.

“We get to be an example for Colorado and the United States. And I can tell you right now, the entire world is watching us as we move to decriminalize mushrooms in Denver,” Kevin Matthews, the campaign director of Denver for Psilocybin, said in an interview with Colorado Public Radio.

There are a few key points that need to be made clear about this push. If voters approve the measure, it would simply make psilocybin possession the lowest priority for Denver police. It would not establish a taxed and regulated market for the cultivation and sale of psychedelic mushrooms. This is not the same kind of deal as Colorado has for legal marijuana. Psilocybin users (21 and over) will still be forced to get this hallucinogenic on the black market. The only difference is that if they are stopped by police and a baggie of shrooms is discovered in the process, small-time possession would not lead to jail time. Dealers and growers, however, could still be thrown in prison. 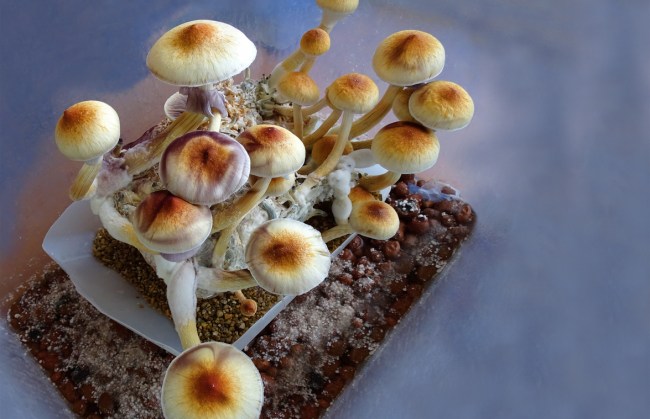 “We’re not talking about a regulatory framework, we’re not talking about a recreational framework at all,” Matthews told The Hill. “Mushrooms have really given me a new lease, a new outlook, a new perception on life. It’s made the world a better place for me. It’s not something I use very often, but the experiences I have had have been profound and have radically changed me.”

As it stands, the federal government considers psilocybin a Schedule I dangerous drug. However, according to a Global Drug Survey, it is one of the safest drugs a person can consume. Much like marijuana, shrooms do not lead to fatal overdoses. The report finds that “death from toxicity is almost unheard of,” and there is “no known lethal dose for…pure psilocybin.” The ill effects only come after it is consumed in conjunction with alcohol or other drugs, the report finds.

A group in Oregon is making a similar push to pull magic mushrooms out of the underground. But their initiative is aimed more toward legalization. They are calling it “psilocybin-assisted therapy,” rather than following the model presently being used for legal marijuana. The language has been approved by the Secretary of State, which means if voters get onboard, psychedelic mushrooms could be legal there by 2020.

A similar initiative failed in California last year. But these types of efforts sometimes take some to get the public acclimated to the idea. In fact, the initial push to make California the first state in the nation to legalize medical marijuana suffered a miserable failure in the very beginning. Yet it finally found success in 1996. Now, more than 30 states have medical marijuana programs in place and another 10 and the District of Columbia have made it fully legal. What we’re saying is don’t discount these psilocybin initiatives if they are not successful this year. Their time will eventually come.