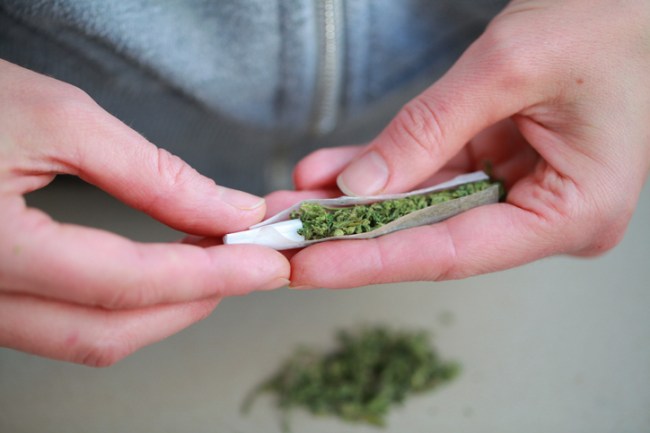 The world may have been a very different place today had we known, through either science or scripture, that all it was going to take is a fiendish legion of dedicated stoners to eventually dumb down the population and send the whole of civil society plummeting into a dull, red-eyed extinction. Hell, in no uncertain terms, the U.S. government tried to warn us of this doomsday existence in the days leading up to pot prohibition. They somehow understood that smoking weed and looking at life through the eyes of a cartoon was just too good of a thing for most Americans to handle.

Perhaps the same alien lifeforce the military used to craft the blueprint for modern aeronautics showed them the future of legal weed, if only to prevent another groups of scientists from fingering him again. “Listen, while you bastards are busy searching for the answers of the universe inside my asshole, your entire population is at risk of suffering a dinosaur death. The hippies will eventually show the suits, the soccer moms and the politicians how to smoke dope, mutating your country’s prime stock and subsequently giving life to a cult of fetal burnouts that will bring about a terror reminiscent of the batshit crazy swill written in the book of Revelation!”

Now, if this theory sounds a little far-fetched, that’s because it is. As far as we know, aliens with swollen prostates were not responsible for advising the federal government to outlaw marijuana in the interest of salvaging humanity. If anything, intelligent life may have swooped down from the heavens at some point to teach the natives how to grow it, use it and the reasons why the plant is so important. There are stories out there to support this theory, according to High Times.

It’s possible that little green men may have stepped out of their spaceship, passed a joint to the leader of the tribe and belted out, “Eee-Eee-pumbah-sobee-ewgew,” which when translated to Earth talk probably sounds a lot like, “All you motherfuckers better put this stuff in your peace pipe and breathe deep. Shit is about to get real.” But none of the tall tales about alien giving space grass to Native Americans ever revealed anything about stoner habits contributing to the decline of civilization.

But that doesn’t mean it won’t.

According to the scientists associated with a study published in the latest journal Epigenetics, there is a possibility that men are altering the genetic sanctity of future generations by smoking marijuana.

Researchers at Duke University say they have found evidence that weed manipulates and changes the DNA in sperm. These findings suggest that men who consume marijuana could one day pass these mutations onto their progeny.

“What we have found is that the effects of cannabis use on males and their reproductive health are not completely null,” Scott Kollins, senior study author and a professor in psychiatry and behavioral sciences at Duke, told Sky News. “There’s something about cannabis use that affects the genetic profile in sperm.” 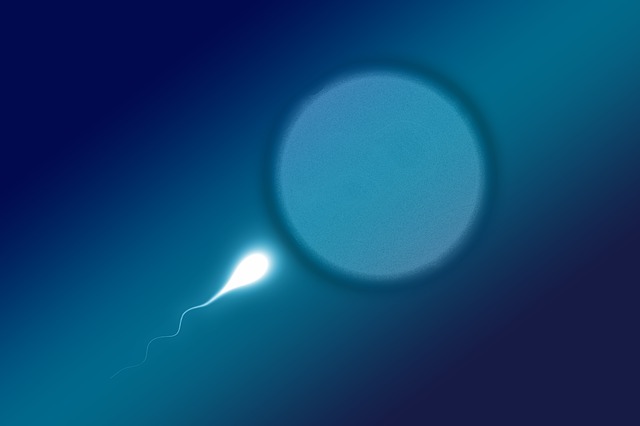 Although scientists are fully aware that weed is changing sperm to some degree, they are utterly clueless whether this genetic amendment is for good or ill. It is conceivable that the cannabis plant is, in fact, the Devil’s lettuce and was put on this planet to entice, seduce and lead us all into a giant rabbit hole that stinks a whole lot like ass. It is also equally possible that this THC-inspired evolution of man gunk is the universe’s way of setting humanity on course for the knowledge of mental mastery necessary to survive the many challenges the world is set to endure as a result of everything that has happened up to this point. But so far, nobody understands which way it will go. They’re not even sure if these mutated sperm codes can be passed down to our children.

“We know that there are effects of cannabis use on the regulatory mechanisms in sperm DNA, but we don’t know whether they can be transmitted to the next generation,” said lead researcher Dr. Susan Murphy. “In the absence of a larger, definitive study, the best advice would be to assume these changes are going to be there. “We don’t know whether they are going to be permanent. I would say, as a precaution, stop using cannabis for at least six months before trying to conceive.”

It sounds like what researchers are trying to say is smoking marijuana changes our DNA, much like it does as a result of smoking cigarettes, obesity and exposure to pesticides. But these changes may or may not be permanent fixtures in our ball sacks, so it’s up to the individual to decide whether they want to take a chance on fucking up their children or perhaps leading them down the path to total enlightenment. So, go ahead and smoke all the weed you want. As far as we know, we only live once. And if our stoned escapades do end up having adverse effects on future generations, we will all be too old, senile and high to truly appreciate the severity of the situation.