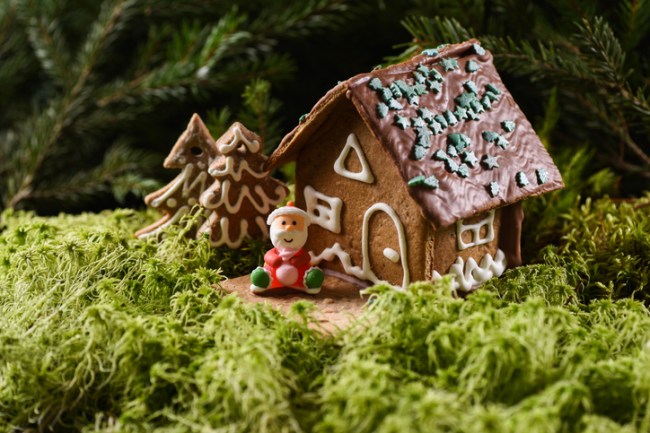 Ready or not, the holidays are upon us. It’s that not so magical time of year when most of us poor schlubs are forced to empty out our bank accounts in the spirit of giving gifts to family and friends to let those losers know that everything is still cool even though they’ve been pissing us the fuck off for the past 12 months.

Never mind, Jim, that I fronted you that $150 over the summer so you could hump that one-armed prostitute in the back of my new Camaro, and, Stan, just forget that I bailed you out of jail that one night after your drunk ass decided it was a good idea to take off your pants to pet a police horse. And Ho, Ho, motherfucking Ho, nobody mention that our crew stayed perpetually stoned in 2018 exclusively on my personal pot stash. But sure, allow me to drop some more of my hard-earned cheese on you lazy assholes and get nothing in return. Merry fucking Christmas!

It’s sad that the company we keep sometimes consists of deadbeats and burnouts, but in spite of their shortcomings we love these clowns and want them to have a good holiday. After all, it is possible that they’ll get their shit together in the new year and start picking up the tab every once in a while.

Still, it can be challenging to come up with the perfect gift for all of those goons we call brothers. You can’t risk giving them anything too sentimental, or else one of them is most definitely going to call you out for being a sensitive, little pussy boy. And handing over those traditional holiday gift sets packed with an assortment of booze has been known to cause more trouble than what they are worth.

Most of us here at BroBible still can’t close our eyes at night without being haunted by images from our last Christmas party in which our Editor In Chief was running around screaming, “Jingle Balls,” right before punching us in the nuts. All of this merry mayhem was courtesy of a seemingly nice Crown Royal Bro Basket. This year he’s getting some cheap ass golf balls. We’ve learned our lesson.

But what about weed? 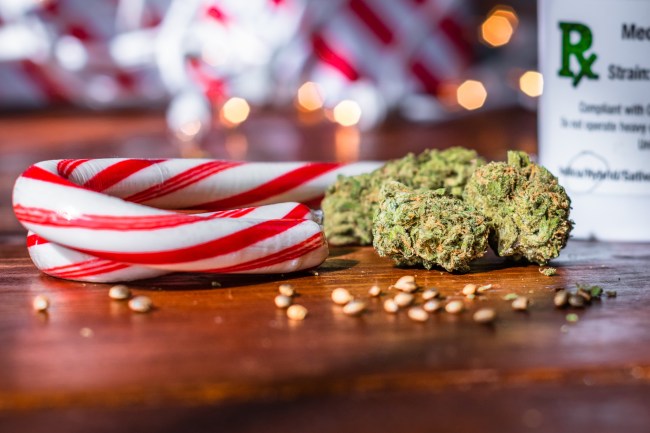 Now that marijuana is legal in some states – ten to be exact — gifting pot products is a solid move providing a little holiday cheer for those ungrateful bastards in your social circle – even though they don’t deserve it. Dispensaries sell a variety of retail reefer ranging from raw flower, edibles, disposable vaporizers and concentrates, which even the biggest dick-licker in the bunch would be more than happy to find underneath the Christmas tree. And stoners don’t do nut punches, so there’s that!

Just sure to make to purchase marijuana from a licensed dealer and not in a back alley somewhere (if it can be avoided), and do not gift more than the legal limit. The possession laws in most legal marijuana states are still funny about people carrying around more than a couple of ounces at a time. Michigan is a little more liberal in this respect. It allows people to hold up to 2.5 ounces of pot.

But weed is still considered an illegal substance in the eyes of the federal government, so this giving the gift of ganja might not be the right move for some. Colorado, Washington, Oregon, Alaska, California, Nevada, Maine, Massachusetts, Vermont, Michigan are all legal states. But some legal jurisdictions, like the District of Columbia, do not have a retail pot market so any holiday weed purchases will have to come from the black market or through a grey market delivery service. These are online businesses that sell food items or t-shirts at inflated rates and, as an added bonus, they throw in free weed. It is a business model happening in every legal state that doesn’t yet have a system in place for people to purchase that fiendish dispensary dope.

Also, if you live in a state where marijuana is legal, it might be tempting to send Christmas weed to your buddies across the country by way of the U.S. Postal Service. But don’t do it. The federal government has been cracking down on this illegal activity for the past several years. Anyone caught shipping pot through the mail can be prosecuted. And let’s face it if you end up spending the next holiday in federal prison, none of those thankless dudes you call friends are coming to visit.