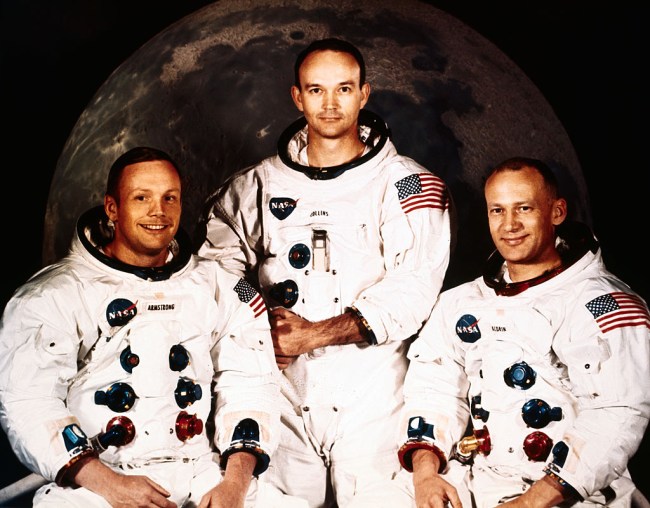 It has been nearly five decades since the United States sent the first group of men to the moon – beating the Russians in the space race. Although most of us were not alive at the time, history tells us that Apollo 11 touched down on lunar soil on July 20, 1969, seven years after President Kennedy told a crowd of 40,000 people that “we choose to go to the moon in this decade…not because they are easy, but because they are hard.” Although it may have seemed impossible at the time, astronauts Neil Armstrong and Buzz Aldrin would eventually become national heroes for taking, what Armstrong called a “giant leap for mankind.” An estimated 600 million people watched the moon landing on television. It was just the kind of feel-good success the American people needed considering what was happening in Vietnam. It gave the average citizen hope that the U.S. was still stronger than ever and a reason for the skeptics to starting calling the government on its bullshit.

Since then, many conspiracy theories have emerged suggesting that the moon landing was faked. Discrepancies have been discovered in the video footage and in the official photos that suggest these suspicions might not be too far-fetched. One of the critical pieces of evidence is the American flag waving around in an atmosphere with zero wind. There is also the fact that there were no blast craters under the landing modules, shadows intersect when they shouldn’t, and there is the presence of an unnatural lighting source. Of course, NASA has snapped back with explanations for these inconsistencies. But it hasn’t been enough to appease the non-believers. Most of them are convinced that the moon landing was actually filmed in the Nevada desert at Area 51 and that the illusion of the astronauts being weightless was forged by adjusting the speed of the film.

Still, in spite of the many fishy elements associated with the moon landing, most Americans still have faith in NASA being on the up and up. Only around 6 percent of the population does not believe in moonwalkers, according to a Gallup poll published in 1999. Most people are of the opinion that this small group of non-believers is just a bunch of tinfoil hat-wearing whack jobs living in their parents’ basement. But it turns out aeronautics officials in other countries are also skeptical.

Russia remains doubtful that the U.S. government actually pulled off the moon landing as it has claimed for the past several decades. And they plan to prove it, according to a report from the Associated Press. Last week, Dmitry Rogozin, head of Russia’s Roscosmos space agency posted a video saying the country was preparing to launch a mission to confirm whether Americans had ever been to the moon. “We have set this objective to fly and verify whether they’ve been there or not,” Rogozin said. 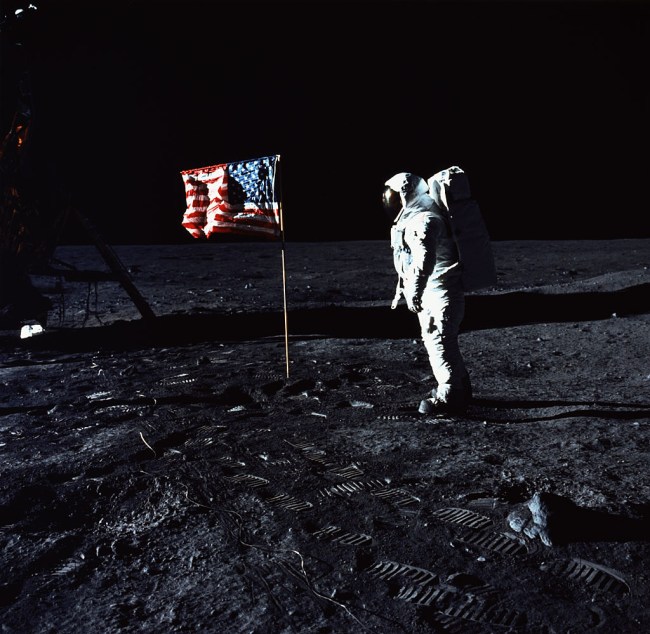 Some reports have suggested that the comments made by the agency head were made in jest, while others assert that they were quite serious. After all, the Russians have been suspicious of the U.S moon landing for some time.

It was just a few years ago that Vladimir Markin, a former spokesman for the Russian Investigative Committee, called for a probe into NASA’s mission to the moon to learn more about what happened to the physical evidence. He said it was suspicious that the original video footage from the 1969 lunar expedition had been lost, as well as the lunar rocks that had been brought back to Earth.

“We are not contending that they did not fly [to the moon], and simply made a film about it,” he wrote in a 2015 op-ed for the Russian newspaper Izvestia. “But all of these scientific – or perhaps cultural – artifacts are part of the legacy of humanity, and their disappearance without a trace is our common loss. An investigation will reveal what happened.”

When it comes to conspiracy theories, the moon landing is the Rockstar of the pack. There are several documentaries on the subject, not to mention constant Internet chatter that almost always seems to unearth new proof that it never happened. Just last year, someone discovered what is believed to be a “stagehand” in an astronauts helmet during the 1972 visit, reports Newsweek.

But this conspiracy theory goes beyond the anecdotal evidence found since the moon landing supposedly happened.

There are even people that were associated with the moon landing mission that have come out and said that it was unlikely astronauts actually touched down on the lunar surface. Bill Kaysing, who was part of the team who built rocket engines for NASA’s Apollo program, said in his book “We Never Went to the Moon: America’s Thirty Billion Dollar Swindle” that NASA did not have the technology back then to get astronauts to and from the moon safely. He also says that astronauts would have likely died from such a journey, as they would have been forced to pass through dangerous levels of radiation (Van Allen belts) to get there.

Before his death in 2005, Kaysing speculated that Armstrong and Aldrin were likely brainwashed by the U.S military and coerced into playing along with the scam. After all, others that had come before them, like astronaut Virgil “Gus” Grissom, a verbal critic of the space program, died mysterious deaths before the Apollo 11 mission.

One of those deaths was a NASA safety inspector by the name of Thomas Ronald Baron. Not only did he testify before Congress that the space program was doomed, but he also delivered a 500-page report detailing exactly why NASA was never getting to the moon. He was later hit by a train and killed. The report was never seen again. Other people close to the program either went missing or died suspicious deaths during that time. There is speculation that this silencing of the naysayers was all part of the U.S. government’s scheme to keep the world from realizing that it didn’t have the Right Stuff to play the space game.

So, did the U.S. go to the moon? That’s up to the individual to decide. President Trump says he wants to send astronauts back to the moon to pave a way for a mission to Mars. He’s already signed a directive to kick start the process. But critics say it could be 2030 before that happens. Perhaps it’s going to take so long because NASA has to figure out how not to do it for the first time.