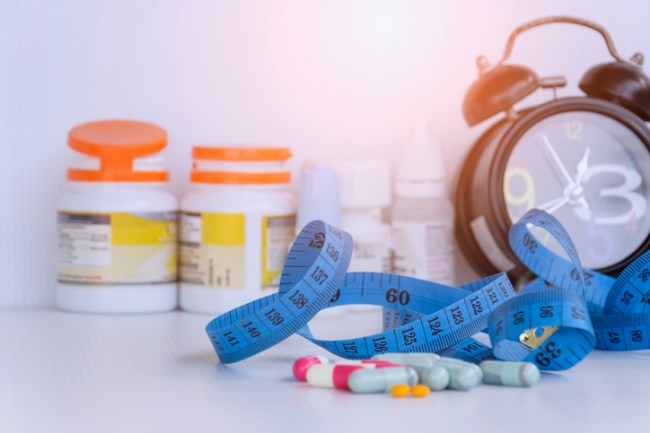 People have spent decades searching for methods to combat weight gain. The process typically goes one of two ways: they find a renewed focus on diet and exercise, or they just throw caution to the wind and start knocking back diet pills like it’s nobody’s business. But it is those looking for the quick fix into the realm of the lean-and-mean that often end up getting their asses handed to them.

Anyone who has ever seen the film “Requiem for a Dream” knows that the mother’s amphetamine-induced quest to fit into her red dress doesn’t exactly have a happy ending. Even those seemingly harmless Stacker 2s and other low-rent varieties of trucker speed that people use to curb their appetites can, over time, take a person’s moderately attractive appearance and turn them into full-blown ghouls.

But let’s face it – neither approach to shedding pounds is ideal, at least not for the male persuasion. After all, we are big dumb beasts. Our life philosophy is written on a pizza box, and our theme song sounds a hell of a lot like a beer fart. So, trying to keep up appearances like we’re some health-conscious band of do-gooders who hits the gym every day, always eat their broccoli and only consumes the occasional light beer is more of a challenge than most us would care to admit.

Fortunately, science is onto a new development that could forever eliminate this problem for all of us. 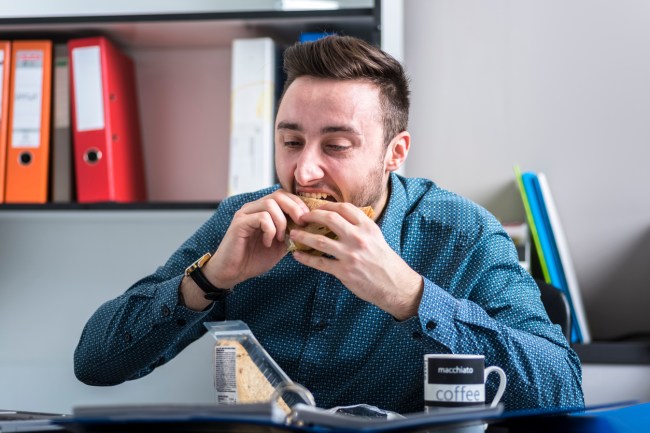 The word on the street is that researchers at Flinders University in Australia have identified a gene (RCAN1) that when disabled prevents mice from gaining weight even after they are fed diabolical diets. They believe this discovery could be something that one day allows human beings to consume all of the high-fat, mega-calorie foods they want without ever gaining a pound.

Basically, researchers are saying is that manipulating this gene could lead to the creation of medicine that effectively combats obesity and perhaps gives some of us non-disciplined fat fucks some wiggle room when it comes to satisfying our ravenous urges. This is life-changing science for anyone who struggles with a greasy lifestyle. To have the freedom to knock back cold ones by the case and go on a feeding frenzy of tacos, burgers and other culinary gut busters without repercussions would revolutionize modern man. We’d all be Greek gods covered in buffalo sauce.

“We have already developed a series of drugs that target the protein that this gene makes, and we are now in the process of testing them to see if they inhibit RCAN1 and whether they might represent potential new anti-obesity drugs,” Professor Damien Keating said in an interview with Science Daily.

The science behind this bizarre metabolism tweak sounds so simple that it is difficult to imagine that it hasn’t been identified before now.

Researchers say that by merely shutting down the RCAN1 gene, it allows the body to handle its fat storage with more common sense. Not only does it reduce the amount of fat that is stored around the gut area, but it also causes muscles to burn an increased level of calories during times of rest. This means men could actually get leaner and meaner, and the only thing we would have to lift is a pill and a glass of water. Even the laziest bastard in the world can excel in an exercise program like that!

“In light of our results, the drugs we are developing to target RCAN1 would burn more calories while people are resting. It means the body would store less fat without the need for a person to reduce food consumption or exercise more,” Keating said. “We looked at a variety of different diets with various timespans from eight weeks up to six months, and in every case we saw health improvements in the absence of the RCAN1 gene.”

But now for the bad news. As with anything involving a new pharmaceutical drug, it could be years, maybe even decades, before it is available in the United States. Who knows, this pill may never find its way to FDA approval, forcing beer guts to forever be the fleshy fashion of the American male. Researchers say they have secured funding from the Australian government to probe deeper into the possibilities of the gluttony drug, but it is still too early to tell how those studies will progress.

What we’re trying to say is don’t drop that gym membership just yet, fellas. That fat fuck in all of us lives to fight another day.