My Girlfriend Got Deported After COVID-19 Cost Her Two Different Jobs, And, Boy, This Really Sucks 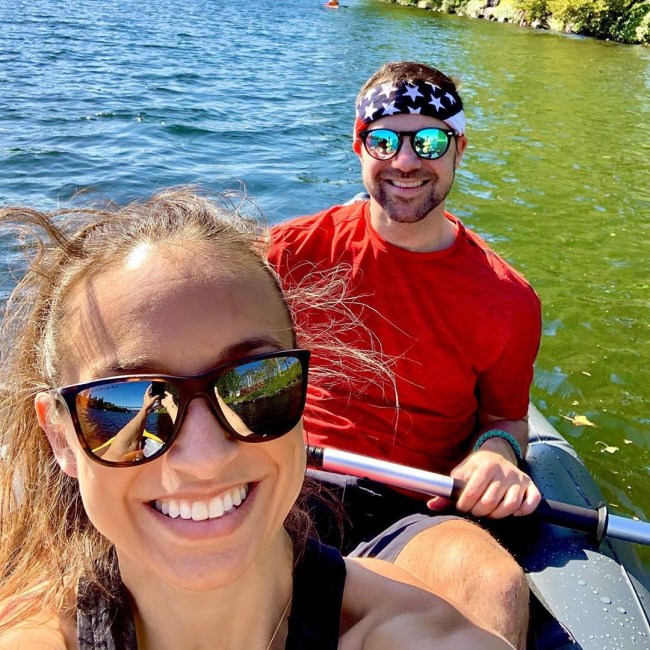 Welp, my girlfriend just got deported because of COVID-19.

While there are literally millions of stories about people losing their jobs, spending their life savings, forced to work from home with kids, falling ill and ending up in the hospital, and all sorts of other awful shit because of this ongoing pandemic, my girlfriend and I just got bit pretty damn hard by this invisible beast.

After losing her job back in November — yep, pre-‘rona, if any of us can even remember what those days were like — my lady had to deal with the bad luck of trying to find a new job during the holiday season. For anyone who has ever had to live through that, you know that it’s like trying to find a wife during speed dating; it’s just not going to happen. People are checked out. Time is limited. Nobody’s interested in talking whatsoever because their minds are elsewhere.

Luckily, with me working remotely, her and I spent a bunch of time together in order to get through and keep optimism high. It didn’t work — since she didn’t see any job offers come in — but I’d like to think having loads of coffee with me as I worked was time well spent for her.

Fast-forward to February, this is where shit really hit the fan — something I talked about during a recent episode on the “We Run This” podcast.

My now deported girlfriend was about to embark on something that none of us could’ve foreseen coming — job-hunting during a soon-to-come global pandemic, where companies were just weeks away from laying off good people because revenue was disappearing at a rapid pace.

Having interviewed for two separate jobs — the first being one at an agency that her former boss recommended and campaigned her for, and the second coming from a near-recession-proof corporate tech company willing to pay her $50,000 more per year than the agency opportunity — she had a dilemma on her hands when both offered her a role. Opting to accept the first job, and by no fault of her own, she stuck with loyalty to her former boss over the soul-sucking, higher-paying gig. Smart move… or so we thought.

After leaving the country as she waited for the agency job to process her work visa, boom, COVID decided to take shit next level. Not to mention she spent a ton of her savings on the trip as a sort of celebration for the new job.

Suddenly, she was scurrying to change her travel plans to get back to the U.S. before borders were closed, and, luckily, made it back on the final flight prior to that happening. So, yeah, she nearly got stuck in Australia back in March, meaning she’d still probably be there right now; seeing where the world’s at with this pandemic.

Once she made it back, we were in the clear… for about two weeks, until the agency gig pushed back her start date. Red flag, right? Obviously, because, a week later, they pulled the offer and had to let her go before she even started. Now that corporate gig sure did sound appealing AF. Unfortunately, the role was filled, and she was left in the cold.

Since then (April), my girlfriend has fought like hell to get any and all work. She’s ineligible for any type of unemployment — even though she’s paid into it via taxes over the past decade — and can’t go get some part-time work because, unbeknownst to me, it’s illegal for her to do. This shitty situation just keeps on getting shittier and shittier.

After moving in together a couple of months ago, she’s now been deported out of the country until further notice. We have no clue when I’ll be able to see her next. We’re not sure if I’ll be able to travel to visit her. And who knows if another job offer comes her way (and gives her a work visa) in order to bring her back. This all really blows.

Look, I’m not going to pull the “woe is me” thing and make this situation be the worst thing that’s ever happened to somebody during this pandemic. But, let’s be honest, having your girlfriend get deported by no fault of her own sucks more than you know — unless you’ve been through it.

And, because you’ve made it this far reading this, if anyone knows companies looking to hire a badass, senior-level marketer, hit my email up: ndimengo@gmail; because my girlfriend could use a little bit of luck right about now.