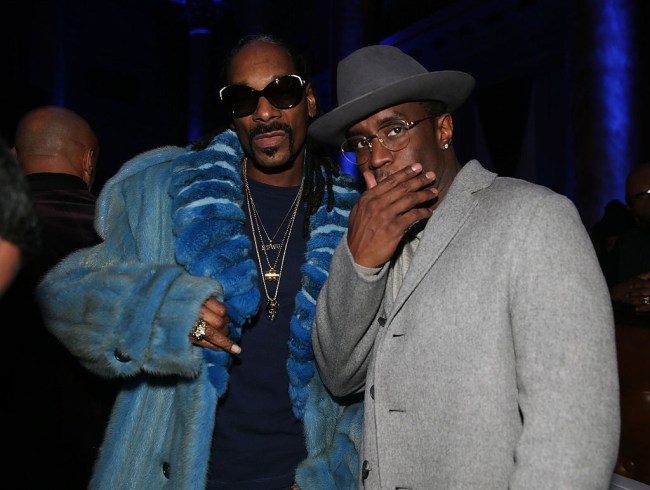 One of the kingpins of 90s West Coast rap was Death Row Records founder Suge Knight and on the East Coast Sean “Puff Daddy” Combs created a hip-hop empire with his label Bad Boy Records. The East Coast–West Coast rap war boiled over in the mid-90s and when the smoke cleared, rappers Tupac Shakur and The Notorious B.I.G. were both shot to death. Diddy and Suge certainly fanned the flames of the East Coast-West Coast rap beef. Fast forward to 2019 and the rap war is over and now Diddy is friends with one of Suge’s most-prized artists.

The rival hip-hop record executives have had much different paths since their rap beef in the 90s. After Knight’s Death Row had a stable of popular artists including 2Pac, Dr. Dre, Snoop Dogg, MC Hammer and Tha Dogg Pound. However, Tupac was murdered then MC Hammer, Dr. Dre and Snoop Dogg left Death Row Records. Knight would declare bankruptcy in 2006 and is currently in jail.

Meanwhile, Sean Combs has continued to make new music through the decades, made several name changes, and enjoyed successful ventures including the Sean John clothing line and Ciroc vodka.

At the height of their rap war, Suge appeared on the 1995 Source Awards and called out Puffy. “Any artist out there wanna be an artist and wanna stay a star and don’t have to worry about the executive producer being all in the videos, all on the records, dancing, come to Death Row,” Suge told the crowd while accepting the award for “Motion Picture Soundtrack of the Year” at the 1995 Source Awards Show for the Above the Rim movie.

The 1995 Source Awards Show was held at Madison Square Garden in New York City. This was the prime time for the East Coast–West Coast hip hop rap war and when Dr. Dre didn’t get the proper applause by the NYC audience for winning “Producer of the Year,” Snoop Dogg took exception and scolded the crowd.

Flash forward to this weekend and former enemies are best friends. Diddy hosted a party at his New Jersey mansion over the weekend and invited his former rival Snoop Dogg to the bash.

The drinks were flowing at the party and Snoop started pop-locking and Diddy took that as a challenge for a dance-off. Diddy posted the video on his Instagram and he trolled Suge Knight for his comments about Puff Daddy dancing at the 1995 Source Awards. Diddy captioned the Instagram video: “Look at this n—- Puff all up in the videos and all up in the records 😂😂 Let’s enjoy life!!!”

I LEARNED THIS FROM @pharrell I ALWAYS PAY HOMAGE WHEN I SEE @snoopdogg THAT’S MY BROTHER! A TRUE KING

Unfortunately for Diddy and Suge, Knight probably won’t see the video since he is in prison. In 2018, Knight pleaded no contest to manslaughter and faces up to 28 years in prison after he ran over two men with his SUV.