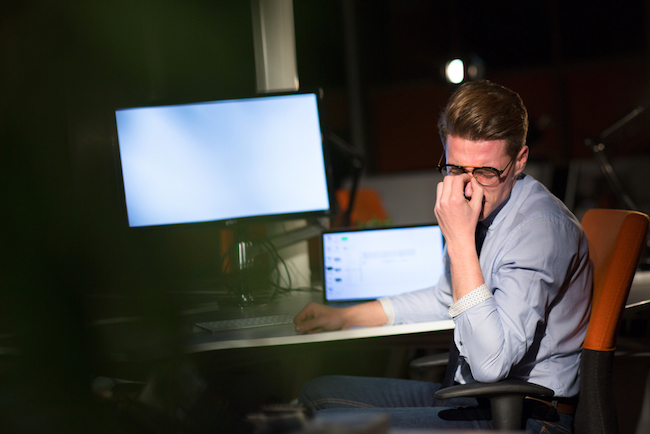 Your brain is a fickle character. Hundreds of factors — like not getting enough sleep and extended phone use — could be screwing with your medulla oblongata at all times.

A new study from Michigan State University is adding another mind-altering stimulant to the list but it’s probably something you’ve got very little control over. The lighting scheme in your office might be making you stupid.

Michigan State University researchers found that spending significant time in dim areas could change the structure of rats’ brains. This impacted the way the vermin remembered and processed information and the rate at which they learned new things. The research suggests that the quality of light in our physical environments may deeply affect us.

MSU neuroscientists studied the brains of Nile grass rats, which are comparable to humans in that they are awake during the day and asleep at night, and discovered that after exposing them to dim light over a period of four weeks, the rats lost 30% of the capacity of their hippocampuses (the region of the brain responsible for learning and memory). The dim light also impacted the rats’ performance on a spatial task.

Basically, dimmer light means less production of a particular peptide in the brain that maintains the connections between neurons in the hippocampus. And if that’s still confusing, here’s normal speak for us slow people, from a psychology professor and co-investigator on the study.

“Since there are fewer connections being made, this results in diminished learning and memory performance that is dependent upon the hippocampus. In other words, dim lights are producing dimwits.”

So we’ve got a couple options. We could either buy additional lights for our desks if the boss doesn’t want to open the blinds or put in brighter bulbs, we could get outdoors more often during the day, or just move our cubicles to the parking lot.