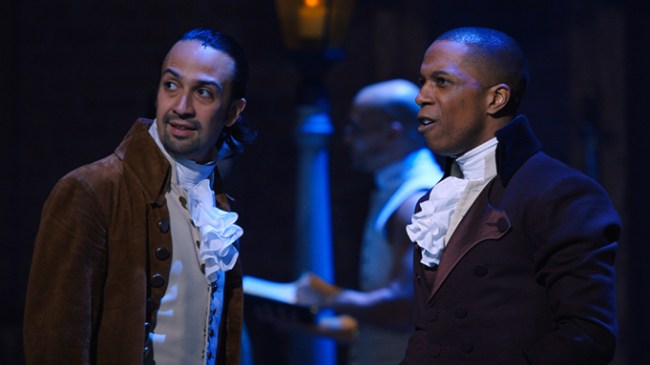 If you happened to be friends with at least one fairly pretentious person in 2015, there’s a good chance they told you that you had to see some amazing musical called Hamilton. In 2016, your Aunt Lisa probably sang its praises by saying, “It’s just so cool! I didn’t even know I liked rap music!” By 2017, it was basically impossible to get tickets but there’s a good chance someone told you it’s the greatest musical of all time even though they’d only listened to the soundtrack.

In 2018, you might’ve gotten a chance to see it while it for yourself while it was touring the country and it caused you to call your ex-girlfriend to tell her “You have GOT to see this musical! It was like a history class…but interesting!” In 2019, you may have gone to a dinner party where your boss ranted on how the “diversity in Hamilton was really nice.”

You’d think that people would’ve moved onto something else by the time 2020 rolled around, but nope, people are somehow still talking about this thing.

A big reason people won’t shut up about it now is that a performance featuring the original cast that was filmed on Broadway is coming to Disney Plus on July 3rd.

This may seem like an excellent opportunity to expose this musical piece of history to younger audiences but a bit of a problem arose after someone realized it may not be suitable for their innocent ears.

The word “fuck” is uttered a whopped three times over the course of the play, and in order to qualify for a PG-13 rating, Disney was forced to whittle that number down to one. Who decided hearing a single “fuck” is appropriate for 13-year-olds but ruled you needed to be 17 to be subjected to it two more times? I have no fucking idea. The MPAA works in mysterious ways.

Creator and star Lin-Manuel Miranda addressed the edits after a fan reached out about the PG-13 rating and detailed which fucks will be impacted in addition to shedding a little more light on what to expect.

LANGUAGE!
1. On July 3, you're getting the whole show, every note & scene, & a 1-minute countdown clock during intermission (bathroom!)
2. But MPAA has a hard rule about language: more than 1 utterance of "Fuck" is an automatic R rating. We have 3 "Fucks" in our show. So…
1/2 https://t.co/7o3OQ34rqt

…I literally gave two fucks so the kids could see it:
1. In Yorktown, there's a mute over "I get the f___ back up again"
2. "Southern *record scratch*kin' Democratic Republicans."
You can sing whatEVER you like at home (even sync up the album)!
Love you. Enjoy.

While the majority of the fucks may have been taken out of the movie, he seemingly encourages small children to yell “whatEVER” they like at home. I assume that means he wants them to yell “fuck” as loud as they can just like our Founding Fathers would have wanted.

Thanks to Hamilton, we can now all shout and scream “fuck” at our little television and pretend we are dancing on Broadway. Disney is giving us the magical fucking experience we all fucking deserve and it’s fucked up that we’ve had to wait til fucking July for this to arrive.