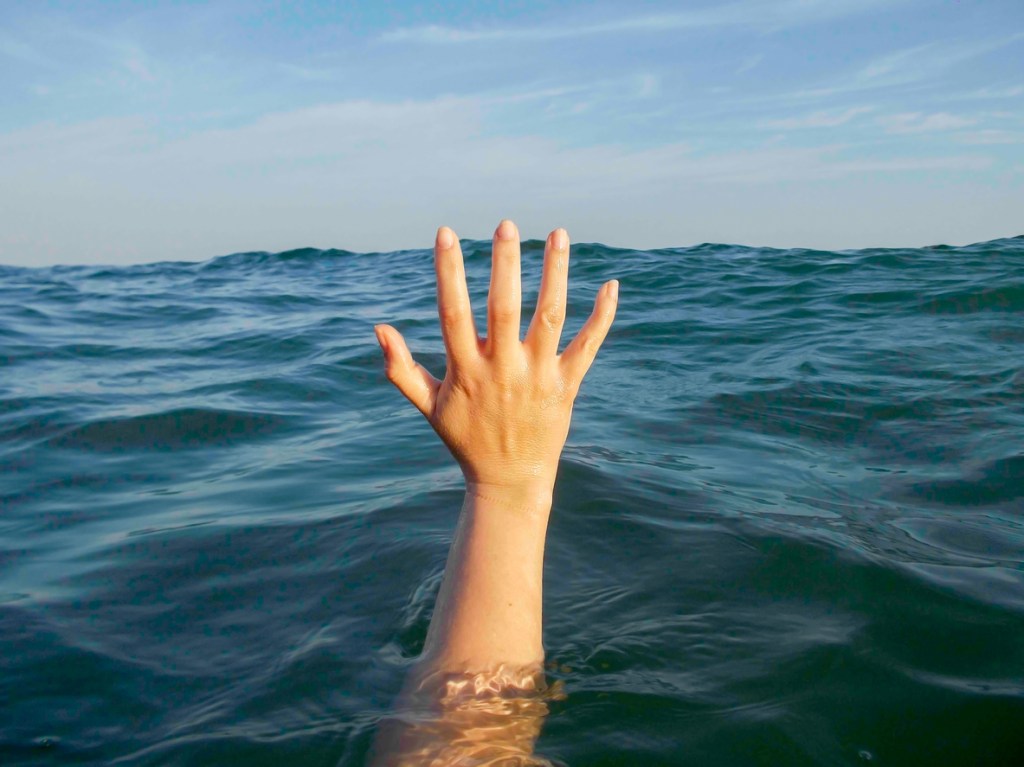 Diving in shark-infested waters is the thrill of a lifetime for many people. They’ll often spend thousands and thousands of dollars booking elaborate trips to exotic locations where they can come face-to-face with a shark big enough to eat a man. Then there are people who get thrust into that situation unwillingly where an otherwise normal day gets flipped upside down in an instant and suddenly a leisurely dive trip becomes a survival situation.

24-year-old Cody Love falls into the latter category. He’s sharing his story of what seemed like a normal day on his boat that turned into a nightmare in an instant, leaving him stranded at sea in shark-infested waters for hours and clinging on to hope of being rescued. I don’t envy this dude’s once-in-a-lifetime story and it sounds like the type of tale that could easily be made into a movie. What’s wild is he also has a lot of footage of the incident which the DailyMail has posted.

Here are some spine-chilling excerpts from his story with the clip down below:

Mr Love had been diving with mates in the same spot where the boat had capsized on a number of occasions and had seen six huge four-metre-long tiger sharks. ‘At the particular spot where the boat flipped, we had seen over six big tiger sharks up to four metres in length over the weeks prior to this trip,’ he said. The boat had capsized after the anchor rope had got tangled around the propeller turning it backwards. Before Mr Love could act the boat was swamped with waves and capsized ‘Before I could do anything the boat was swamped by waves and began to lean to one side as it filled with water,’ he explained. ‘As I fell to one side the Esky (the name of his boat) came sliding over as well and next thing I remember the boat was upside down and I was underwater trying to figure out what had just happened.’ ‘It all happened in a matter of seconds and took me by surprise. At this point, I still had all my diving gear on.’ (via DailyMail)

Everything in his boat flipped into the ocean as it capsized which thankfully for him included a safety box that held some emergency flares. But just as things seemed to improve the situation got worse. The boat slipped from the anchor and then Cody and his capsized boat were floating off into the sea while holding a flare in hopes that somebody somewhere would see him and come to his rescue.

Cody told the DailyMail that he light two flares but neither got the attention of any rescuers so he used an orange tarp in the safety box to try and catch the attention of any planes. He claims to have completed over 5,000 dives so he remained calm throughout. I’ll let you do the math on that, 5,000 dives for a 24-year-old, but he claims he was more worried about completely losing the boat than we has about his actual safety in the moment.

‘I was actually more worried about losing or damaging the boat.’ Yet another hour and a half passed by before Mr Love said he saw a red helicopter flying in his direction and, thinking it was a rescue flight, he tried to flag it down. ‘I took one of my green flippers off and stuck it on the end of my gun to try and attract their attention but unfortunately, a person in the water is like a needle in a haystack when you’re up in a helicopter,’ he said. ‘The helicopter got closer and closer, before turning away and heading in the opposite direction.’ ‘Seeing that helicopter gave me so much hope that help was coming, then all of that hope was taken away as it turned and flew away.’ (via DailyMail)

Help was on the way. You can click play on that DailyMail video below to see what it was like for him to be stranded out there in shark-infested waters. Or you can visit the DailyMail article by following those links above.

He ditched the boat when a helicopter sent down a rescue diver. Then it was the home stretch from there. He was given fluids and found to be in good health but he now says he’ll never go diving again.

I’ve never experienced anything like being lost at sea at not knowing if anyone would show up to rescue you. That has to be a crippling feeling of helplessness. I did get lost in the mountains fishing a few years ago after I got turned around in a thunder storm because the streams I was fishing were all jumbled due to beaver dams and the hours it took me to get out shook me to my core. Being lost at sea has to be a thousand times worse than that.

To read more about his story, you can click here to visit the DailyMail.