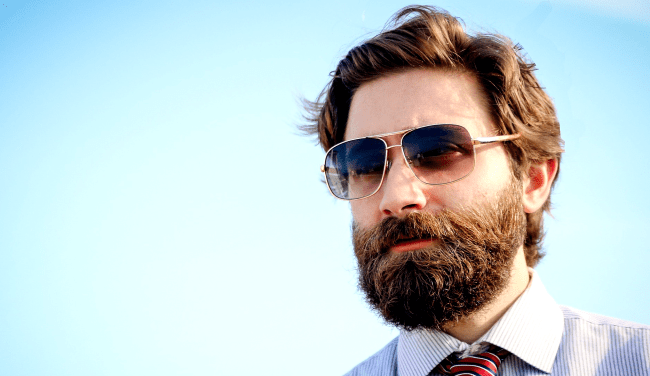 Dr. Karan Rangarjan, a surgical doctor and lecturer at Sunderland University, has garnered over 4.5 million followers on TikTok (@dr.karanr) with informative and entertaining health videos.

He has covered everything from why dogs like to sniff people’s crotches to how and why humans can only see 0.0035% of reality.

One of his recent TikTok videos has gone viral thanks to its subject matter near and dear to many people’s hearts: beards.

This particular video is especially exciting for men who have had to defend having a beard over the years. That’s because Dr. Raj says that growing a beard is not only cool (because he has one), but also could be beneficial to the bearded person’s health.

MRSA, according to the CDC, “is a cause of staph infection that is difficult to treat because of resistance to some antibiotics.”

“This may be because shaving creates micro-abrasions which are perfect breeding grounds for these bacteria,” the doctor continued.

“Beards can actually give you super soft skin. This happens because the beard not only protects the skin underneath from aging by blocking sun exposure, but the beard also acts as a barrier to stop you from constantly touching the skin around your face.

“This stops you accidentally rubbing off the oils produced by your sebaceous glands which keep your skin oiled and moisturized.”

He continued, “A beard might reduce the risk of sunburn and skin cancer on bearded areas. There’s evidence that having facial hair reduces UV light exposure by a third compared to clean shaven faces.”

He does add one caveat to that last benefit, saying, “Although facial hair can lower the risk of skin cancers like melanoma you shouldn’t ditch the sunscreen.”

Related: Popular TikTok Doc Shares Several Tips And Trick To Will Help You Get A Good Night’s Sleep

Related: Have You Been Pooping The Wrong Way Your Entire Life? A Doctor Says These Three Mistakes Are Far Too Common

Many viewers took to the comments section to thank Dr. Raj for finally giving them some ammunition against those who dislike their beards.

“And my wife said it was because I’m too lazy to shave. Can [I] now show her a [doctor’s] note?” one person asked.

“Now I have more reasons to keep my beard! Not just avoiding looking like a teenager,” another viewer wrote.

One commenter wasn’t as thrilled with this news, however, joking, “You just want to make those who can’t grow a beard even more mad.”