TikTok Doctor Explains How And Why Humans Can Only See 0.0035% Of Reality 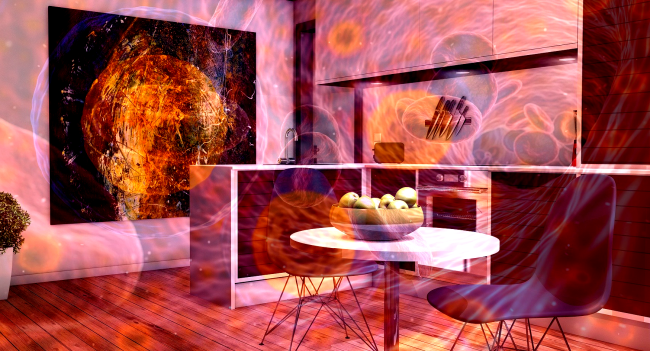 Dr. Karan Raj has over three million followers on TikTok. So you know he is a smart guy.

Recently, Dr. Raj showed exactly how smart he really is with a TikTok video that’s now been watched over 1.5 MILLION times where he explains how and why human beings are capable of seeing only 0.0035% of reality.

That’s right. The world that we all see is only a miniscule portion of what’s really out there, floating around in our universe.

As Dr. Raj, an NHS surgical doctor and lecturer at Sunderland University, explains in the TikTok video, “there’s a whole secret world that are not seeing” because it’s “beyond the evolutionary capacity of our eyeballs.”

That’s because our eyes are designed to only see visible light, which as he points out, is just a “tiny, tiny fraction of the electromagnetic (EM) spectrum.”

“Things like ultraviolet (UV), infrared, gamma rays, X-rays, microwaves, they’re all around us but we can’t see it,” he explained.

He’s not kidding. In fact, there are even certain colors, the so-called “forbidden colors,” that the human eye can’t see without some scientific help like reddish green and yellowish blue because the competing hues’ light frequencies automatically cancel each other out in the human eye.

Cells in the retina called “opponent neurons” fire when stimulated by incoming red light, and this flurry of activity tells the brain we’re looking at something red. Those same opponent neurons are inhibited by green light, and the absence of activity tells the brain we’re seeing green. Similarly, yellow light excites another set of opponent neurons, but blue light damps them. While most colors induce a mixture of effects in both sets of neurons, which our brains can decode to identify the component parts, red light exactly cancels the effect of green light (and yellow exactly cancels blue), so we can never perceive those colors coming from the same place.

And here we were thinking “The Dress” and other similar objects were the craziest things that could happen with our vision.