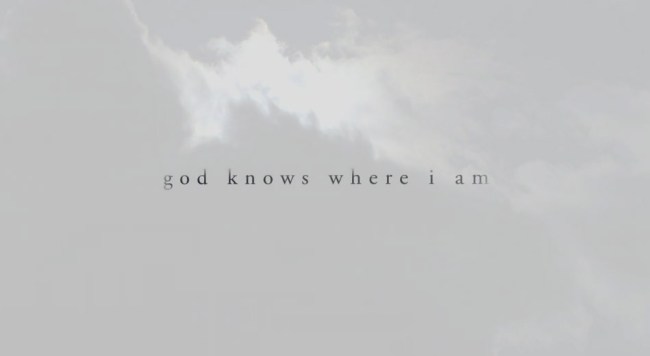 Having viewed almost 100 documentaries over the past 12 months I have taken it upon myself to take that knowledge and offer up some recommendations. And even if you don’t like the doc I am reviewing this week, I always include a few more at the bottom. Out of all of those I promise there will be at least one that you will love.

Previous recommendations we’ve given include the long-unsolved murder of one of rap’s legendary figures, a shocking tale of weed, murder, disappearances, and outlaws, the story of the craziest, and deadliest auto race in the world, and a true crime documentary adapted from best-selling author John Grisham’s only nonfiction book.

This week we’re taking a look at another A+ documentary called God Knows Where I Am, available on Netflix.

“The body of a homeless woman is found in an abandoned New Hampshire farmhouse. Beside the body, lies a diary that documents a journey of starvation and the loss of sanity, but told with poignance, beauty, humor, and spirituality. For nearly four months, Linda Bishop, a prisoner of her own mind, survived on apples and rain water, waiting for God to save her, during one of the coldest winters on record. As her story unfolds from different perspectives, including her own, we learn about our systemic failure to protect those who cannot protect themselves.”

That’s one synopsis of God Knows Where I Am, one of the most haunting documentaries I have ever watched. How this story was ever allowed to unfold would be completely unbelievable if it wasn’t true. 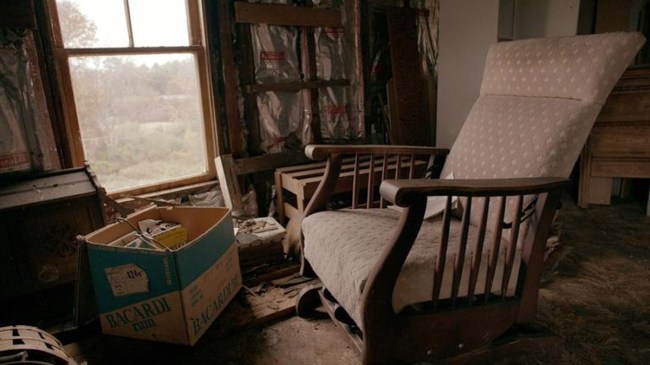 Linda Bishop was a well-educated mother who suffered from severe bipolar disorder with psychosis, who was intermittently incarcerated and homeless, inevitably being committed for three years to a state psychiatric facility.

Successfully fighting her sister’s protective attempts to be named her legal guardian, Linda was able to refuse treatment and medication, and eventually procured an early, unconditional release, despite the lack of post release planning.

Upon her release, she wandered ten miles down the road from the hospital, broke into an abandoned farmhouse and lived off of rainwater and apples picked from a nearby orchard for the next four months, through one of the coldest winters on record.

Unable to leave the house, she became its prisoner, and remained there, a prisoner of her own mind, eventually starving to death.

Her body was discovered several months later and with it a diary that Linda kept documenting her journey.

The diary is poignant, beautiful, funny, spiritual, and deeply disturbing. In tackling the subject matter, the filmmakers began from a social justice perspective but their focus quickly shifted to a more intimate and artistic exploration.

The story is told from a variety of perspectives, including her own, through recollection and first person narrative.

God Knows Where I Am is both a study of systemic failure and also a testament to the artistic and independent spirit of Linda Bishop. In a state known for its motto of Live Free or Die, Linda wanted to live free but given her mental illness, this proved to be a fatal decision.

The film poses many provocative questions including the issue of civil liberties of the mentally ill–if one’s mind is not free, how can one truly exercise free will? (Amazon.com)

The film’s website delves even further into the story, along with photos, and an understandably impressive list of awards.

Check out the trailer for God Knows Where I Am below and then go Watch This Documentary Now.

Enron: The Smartest Guys in the Room Amazon Prime Video