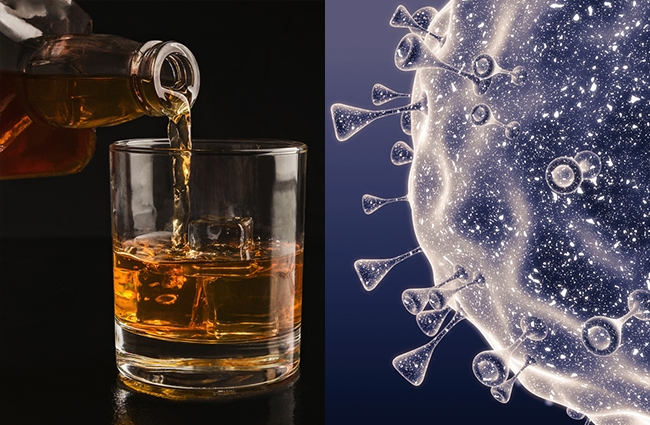 On Friday, the number of people who’ve been diagnosed with the untreatable strain of coronavirus currently whipping the world into a frenzy officially surpassed the six-figure mark and the death toll continues to rise as health officials try to figure out what the hell to do as they attempt to stop the illness from spreading.

Experts have estimated the airline industry could lose over $100 billion thanks to people reevaluating whether it’s wise to spend hours on end in a confined space with potential carriers of the bug and the stock market has been pummeled over the last month as investors brace for the impact the burgeoning pandemic could have on the global economy.

Shoppers have pillaged shelves at stores around the world as preppers laugh from their underground bunkers while people (including O.J. Simpson) stockpile canned goods, toilet paper, and various disinfectants in the event everything truly goes to shit, a possibility that becomes more and more likely with each passing day due to the fact that there’s currently no cure in sight.

As a result, people who were late to the game have been forced to figure out some alternatives when it comes to remaining healthy, and on Thursday, Tito’s was forced to inform the general public its vodka isn’t a suitable alternative to the hand sanitizers that have become increasingly scarce in recent weeks.

Per the CDC, hand sanitizer needs to contain at least 60% alcohol. Tito's Handmade Vodka is 40% alcohol, and therefore does not meet the current recommendation of the CDC. Please see attached for more information. pic.twitter.com/OMwR6Oj28Q

Last month, the first British man to fall victim to COVID-19 claimed he was able to conquer it with a diet of hot whiskey and honey, which is a claim that’s dubious at best.

However, as Wall Street Journal correspondent Bojan Pancevski noted on Thursday, a Bulgarian doctor named Todor Kantardziev also believes there might be some merit to that form of treatment, as he’s suggested that people who regularly drink liquor could be at an advantage when it comes to lowering the risk of contracting that disease.

On a brighter note, the head of Bulgaria's disease control agency has been reported as saying that "regular drinkers of hard liquor" are better-protected from contracting #coronavirus because the bug is sensitive to alcohol #Balkans #raki(j)a https://t.co/HWhieR6Vjb

As someone who uses the “alcohol kills germs” theory to justify drinking more than I should when I’m sick, I’d like to buy into this claim but all of the evidence points to Kantardziev having pulled this out of his ass, as there is literally no science whatsoever that backs up his claim.

With that said, I’m more than happy to take advantage of any excuse to stock up on booze, and even if the good doctor is wrong, it’s not going to hurt to have a bunch of bottles on hand to cope with the potential collapse of polite society.