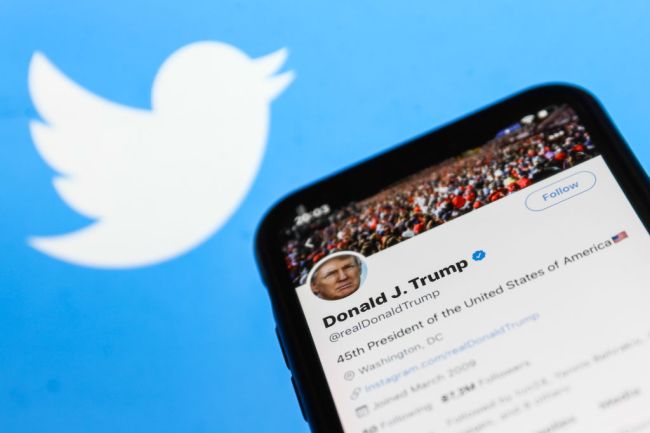 Since election night, eight of President Donald Trump’s tweets have been flagged by Twitter.

One of the tweets accused Trump’s political opponents of trying to “STEAL the Election.”

These Twitter flaggings have caused the President to rage against the very outlet that spreads his words out to his most loyal supporters.

“Twitter is out of control, made possible through the government gift of Section 230!” Trump tweeted after 2 a.m. on Friday morning.

According to a new report from Bloomberg, President Trump will lose a huge Twitter privilege should he meet defeat against Democrat Joe Biden.

If Trump loses the 2020 Presidential election, he will also wave goodbye to a Twitter privilege only allowed to world leaders that keep up tweets deemed offensive or misleading.

Trump has benefited from the Twitter policy that only flags this content – which violates the platform’s rules — but does not outright force the deletion of the offending tweet. In the case of ordinary users, those tweets would come down immediately.

Bloomberg explains that “the point of the world leaders policy is to diminish the spread of the rule-breaking content.” Flagged tweets can be viewed but not liked or retweeted without a comment.

A Twitter spokesman explained: “A critical function of our service is providing a place where people can openly and publicly respond to their leaders and hold them accountable. With this in mind, there are certain cases where it may be in the public’s interest to have access to certain tweets, even if they would otherwise be in violation of our rules.”

It’s unknown if Trump leaving office will also affect the privileges of his kids, who’ve called for “total war” over the election in their Twitter stream.