Dozens Injured As City In Japan Is Under Siege By Gang Of Monkeys, Attacking People In Their Homes 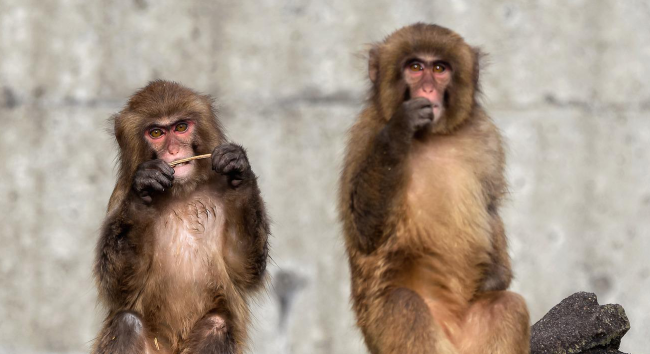 At least 58 people have been injured by a gang of monkeys that has been attacking people in the southwestern Japanese city of Yamaguchi over the last few weeks.

The monkeys, Japanese macaques or snow monkeys, have become so troublesome that Yamaguchi city hall hired a special unit to hunt the animals with tranquilizer guns, reports the Associated Press.

Most of the attacks have been on children and women though men and the elderly are increasingly starting to become targets.

After setting up set up traps and patrols, last week, the unit captured and killed one of the wild monkeys who had attacked a resident.

“They are so smart, and they tend to sneak up and attack from behind, often grabbing at your legs,” said city official Masato Saito.

Thus far no serious injuries have been reported, but dozens of people have reported being scratched or bitten on their hands, legs, necks and stomachs.

“Recently, we’ve heard of cases where the monkey has clung onto a person’s leg and once that person tries to get them off, they get bitten, or they’ve gotten sprung on from behind,” said Saito.

Local residents have been advised to lock their doors and windows and to be alert when letting small children outdoors. The kindergarten where the monkey attack took place stopped letting the children play outside for recess.

So far no one has been able to determine why the monkey attacks are taking place nor where this gang of monkeys came from.

“I have never seen anything like this my entire life,” said Saito.

Last year, a gang of monkeys went on rampage in India, killing over 200 dogs in what locals said were “revenge” attacks.

In 2020, thousands of aggressive sex-crazed monkeys formed rival gangs, took over buildings, and forced humans to take cover in Thailand.