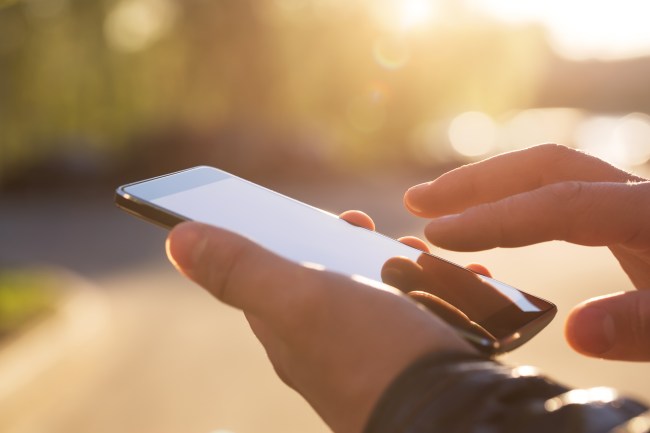 To know the answer to this question, you’d have to ask Peter McTaggart.

McTaggart, a 46-year-old former security guard from northwest England, met his current wife Mary, 60, in 2003 after repeatedly texting her number believing it to be his wife’s.

After ignoring the first two messages, Mary, who was married at the time, responded after the third letting the stranger know that he had the wrong digits.

“When I first received Peter’s messages, I just ignored them – I had no idea who they were from,” Mary said, via Mirror.

“I was receiving messages in the early hours of the morning because Peter worked at a similar time to me and thought he was texting his wife.

“Then one day I had the courage to say, ‘I’m sorry, but I don’t know who you are,’ and he apologized.

In 99.9999% of situations, that’s where the conversation would have ended.

But the two began confiding in each other about their failing marriages and dove head first into the witty banter that comes with a new crush.

“We chatted about what was going on in our lives and eventually got round to talking about our relationships at the time. It turned out Peter was having the same problems in his relationship too and we used each other as a backbone really.”

Want it to get weirder? You got it!

The relationship progressed to a point where the two were chatting consistently on the phone for over a year. After Peter got in a huge fight with his wife, he traveled from Bolton, Lancashire, to stay with Mary and her then husband. Bold move, Cotton.

“Before he came to Newcastle he’d only sent me one photograph of himself and his son at his wedding – that’s all I’d seen.

“But I knew he was in need and after talking to my ex-husband, he suggested he came and stayed with us. There was nothing romantic at that point.

“He tried to get his head together while I just got on with my normal routine.”

Peter would leave his wife weeks later and Mary would follow suit.

In 2017, after 13 years together, Mary and Peter finally married at a small ceremony with close friends and family.

To see photos of the happy couple, head over to Mirror.