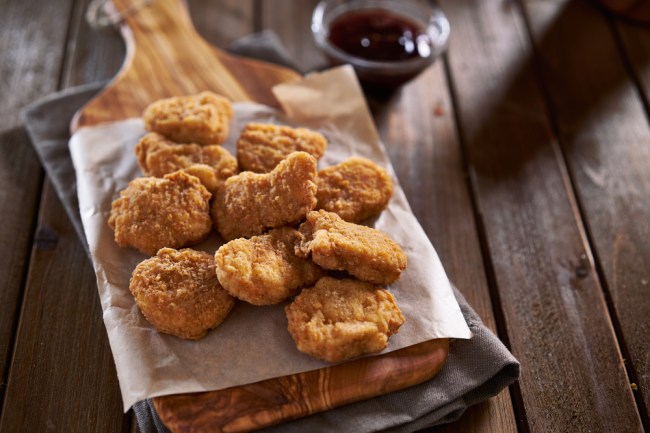 A new study found that people who eat ultra-processed foods are more likely to get cancer. French researchers found a correlation between cancer and having a diet rich in heavily processed foods such as chicken nuggets, cakes, sodas, mass-produced bread, potato chips, chocolate bars, meatballs, instant noodles, frozen meals, and processed meat. Basically, everything yummy will give you cancer.

On Wednesday, a thorough and worrying new study was published in the British Medical Journal. A team of researchers from the Universite Sorbonne in Paris, France, examined the medical records and eating habits of 105,000 adults. The study identified 3,300 types of foods that the people in the study ate.

The research stated that processed foods made up 50% of the average person’s diet in several developed countries, and this could be a major factor in rising cancer levels. “If confirmed in other populations and settings, these results suggest that the rapidly increasing consumption of ultra-processed foods may drive an increasing burden of cancer in the next decades,” the researchers said.

The researchers did concede that this was a relatively small study and would need to “be confirmed by other large-scale” studies to confirm the link between ultra-processed foods and cancer. Other factors such as being overweight, smoking, excessive drinking, and a lack of exercise have also been linked to rising cancer rates. You’re not giving up chicken nuggets, so it’s time to learn how to make your own chicken nuggets.