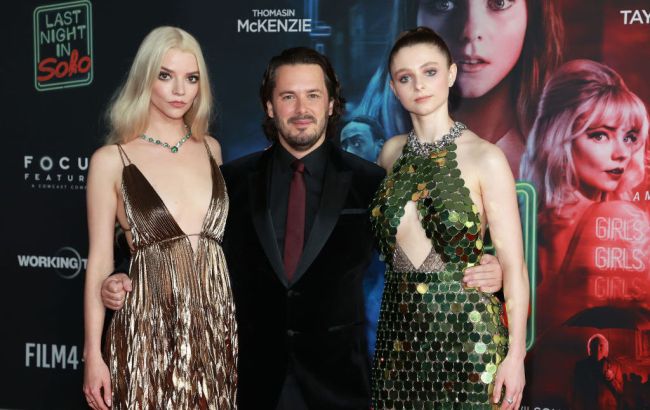 As Hollywood continues to trend in the direction of intellectual property and franchises, being a unique filmmaker in the space is becoming increasingly difficult. At least for some, that is.

Edgar Wright, beloved director of films such as Shaun of the Dead, Scott Pilgrim vs. the World, and Baby Driver, is certainly not one of those aforementioned filmmakers seeking singularity as Wright has become known for his unapologetic commitment to originality. While certainly open to it, Wright has yet to make a franchise movie during his two-decade-long career, a trend that continues with the release of his latest film, the devilishly delightful throwback horror-thriller Last Night In Soho.

Like any good mind-bending thriller, Last Night In Soho comes armed with twists and turns that you never see coming, which is an element of filmmaking that Wright quite enjoys. Speaking to our Post-Credit Podcast about the process of writing a narratively satisfying yet surprising twist, Wright discussed his own affinity for the art of the twist, and in doing so, came to the defense of the movie industry’s most-famed twist-maker, The Sixth Sense and Split director M. Night Shyamalan.

“It’s a tricky one [writing twists],” Wright told our Post-Credit Podcast. “I feel like people are unnecessarily tough on M. Night Shyamalan, because they sort of say, ‘Oh, it’s all about the twist!’ And, it’s like… why not? I don’t care if that’s his thing, I enjoy it. I actually thought the twist in Old was actually really good, I liked it. I thought the final five minutes was like, Yeah, I’m in! I’m in, man.'”

“I like films that give you something like that, and I particularly like films that, sometimes you get it in old thrillers from the 60s and 70s, where it seems like the film is over, and you go, ‘Huh, I guess it’s done,’ but then there’s an ‘and then…’, and then the finale kicks in. I like the fact that you think it’s done and then something else is coming.”

Given how Last Night In Soho plays out, it’s clear this isn’t just lip service from Wright as the film’s third act certainly puts his money where his mouth is.

Last Night In Soho, which stars Thomasin McKenzie, Anya Taylor-Joy, Matt Smith, Terence Stamp, and Diana Rigg, hits theaters in the United States on Friday, October 29. And make sure to keep an eye out for our full interview with Edgar, which will also drop on Friday.