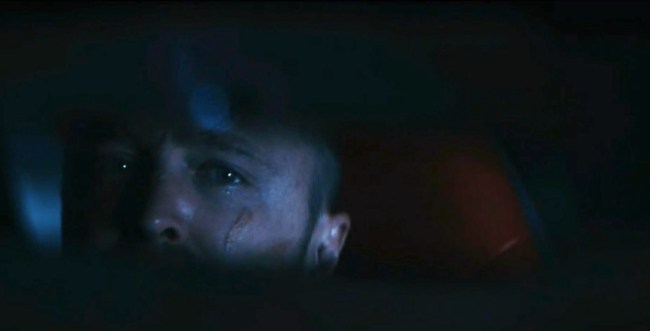 During the 2019 Emmy Awards on Sunday night, Netflix pulled another power move and dropped another teaser trailer for El Camino: A Breaking Bad Movie.

After announcing the film’s release date with a teaser trailer that was released in the middle of August, Netflix and those involved with the project have been generally mum on the highly-anticipated Breaking Bad sequel, outside of the feature interview that series creator Vince Gilligan and star Aaron Paul did with The Hollywood Reporter.

Netflix also previously released a supercut of Jesse Pinkman’s journey thus far, but that teaser was only comprised of footage from Breaking Bad.

Unlike the first trailer that featured Jesse Pinkman’s old meth buddy Skinny Pete being interrogated by DEA agents, the new teaser trailer offers our first look at the newly escaped Jesse, as El Camino is clearly set to pick up right where the series finale of Breaking Bad left off.

Speaking to The Hollywood Reporter, Gilligan said that more than 10 Breaking Bad characters will be appearing in El Camino. Prior to the trailer, only Jesse Pinkman, Skinny Pete, and Badger had been confirmed to appear in the movie.

El Camino: A Breaking Bad Movie — which was written and directed by Emmy Award-winning series creator Vince Gilligan — will hit Netflix in the United States on Friday, October 11. It will then air on AMC early next year.