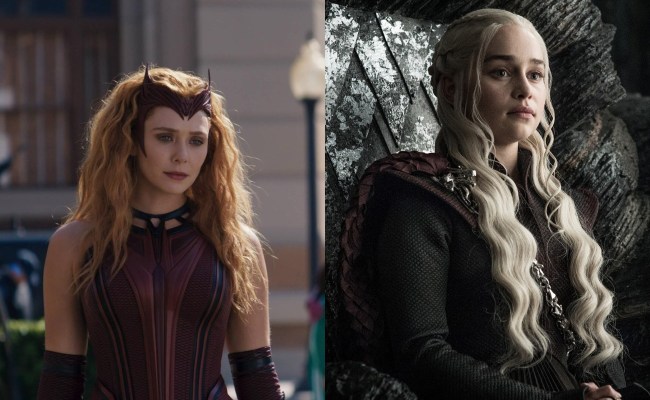 Did you know Elizabeth Olsen is the younger sister of Mary Kate and Ashley Olsen? I’m just double-checking, as there were apparently people who learned that fun fact for the first time when WandaVision released earlier this year. In fact, not only is Olsen related to the late 90s/early 2000s twin icons but it can be argued that — following the success of WandaVision — Elizabeth has now had a more successful Hollywood career.

Still just 32-years-old, Olsen has been starring as Wanda Maximoff in the Marvel Cinematic Universe since 2015, and given where the events of WandaVision left her character, will remain a fixture in the franchise for the foreseeable future. She’s also starred alongside Josh Brolin in Spike Lee’s Oldboy, in the Monsterverse film Godzilla, the hit indie comedy black comedy Ingrid Goes West, and in Wind River from acclaimed Yellowstone creator Taylor Sheridan.

RELATED: The Greatest Trick ‘WandaVision’ Ever Pulled Was Making Us Care

According to Olsen, though, her career almost went down a much different path as she recently revealed in an interview with The Hollywood Reporter‘s Awards Chatter podcast that she auditioned for the role of Daenerys Targaryen in Game of Thrones — one of the most iconic television characters for the 21st century thus far.

“I auditioned for Game of Thrones. I auditioned for, like, the assistant to the casting director in a small room in New York with just a camera on me and them reading the script,” Olsen recalled.

“I was doing the Khaleesi speech when she comes out of the fire. It was awful,” she added. “I didn’t get a callback.”

Given the way Daenerys’ arc came to a conclusion and how the Marvel Cinematic Universe plans to feature Scarlet Witch in the coming years, we’d say it’s certainly all worked out for Elizabeth Olsen in the end.