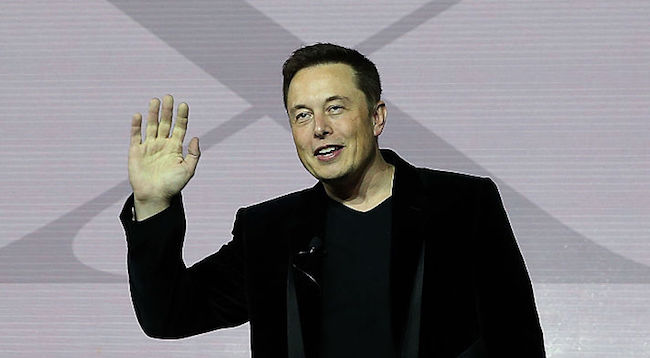 Hey guys, international companies have senses of humor, too! They’re just like us! Well, not really. I don’t think you or I are recalling all Model S sedans built before 2016 (123,000 cars) after finding “excessive corrosion in the power steering bolts.” I also would guess that you aren’t in the midst of an investigation after a fatal crash of a Model X SUV ended in the car bursting into flames in Northern California.

Tesla’s stock is now down 35 percent from its high of last year, and according to the L.A. Times, shares dipped more than 7% in the wake of a bad news week. The company has also struggled to meet production targets for its lower-priced Model 3 car, not a good sign for investors who believed Tesla is capable of mass-producing its electric autos or those who were counting on mass production for the company to meet its gigantic debt payments. If Tesla can’t hit the production goal of 5,000 Model 3s per week by the end of June., it could blow through its cash by the end of the year, according to The Wall Street Journal.

Tesla’s Chief Executive Elon Musk doesn’t appear to be losing too much sleep over his company’s recent road bumps, evident in the 46-year-old tweeting Sunday that Tesla has gone “completely and totally bankrupt.” For April Fools. Get it?

Important news in a few hours …

Tesla Goes Bankrupt
Palo Alto, California, April 1, 2018 — Despite intense efforts to raise money, including a last-ditch mass sale of Easter Eggs, we are sad to report that Tesla has gone completely and totally bankrupt. So bankrupt, you can't believe it.

There are many chapters of bankruptcy and, as critics so rightly pointed out, Tesla has them *all*, including Chapter 14 and a half (the worst one).

I would love to be a fly on the wall of a Tesla investor whose witnessed the company take a beating this year scroll through Twitter and see Elon’s bankrupt joke.